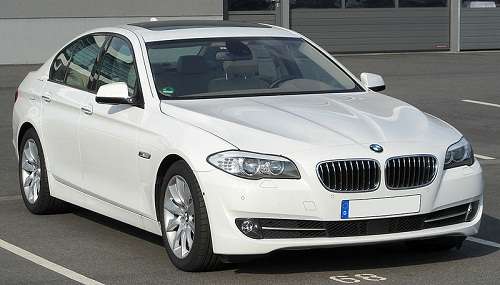 BMW, Bayerische Motoren Werke AG has issued a worldwide recall of approximately 120,000 BMW diesel cars, including automobiles from its 1 and 5 Series. Here is what affected today's recall.
Advertisement

The recall is being put into effect due to the possibility of there being a potential filter defect with the cars, according to reports from Bloomberg.

The BMW recall is protecting customers from possible fires caused by defective filters. Bloomberg reported that the defective filter heater could continue to run after the engine is turned off. This could be highly dangerous, according to BMW spokeswoman Susanne Spatz because of the possibility of it causing a fire. BMW says that all customers of the BMW diesel 1 and 5 series cars will be notified of this recall.

BMW spokesperson, Mr. Monty Roberts with the Corporate Communications Department for BMW North America issued a statement to Torquenews.com regarding how the company is planning to deal with this recall. Roberts shared that only a limited number of BMW diesel 1 and 5 Series cars were involved in this particular recall.

Roberts stated that in recalls such as these, BMW first reports the problem, in this case with the filter heaters, to the National Highway Safety Administration. Proactively, the company then expeditiously notifies all 39 national dealers in the United States about the issue, to help the dealers become prepared to handle the recall situation.

BMW will then outline a prepare procedure in order to correct the issue regarding the recall, give reasons as to why the defect could have occurred and what can be done about it. Roberts shared that BMW is prepared to give dealers part numbers to make sure they are prepared with the necessary equipment on hand to correct the issue.

One of the most important procedures for recalls according to Roberts, is dealing with customer safety, service and convenience. Roberts shared that BMW is prepared to work with their customers in service centers by giving out loaner cars and helping with good will to keep BMW owners happy and satisfied.