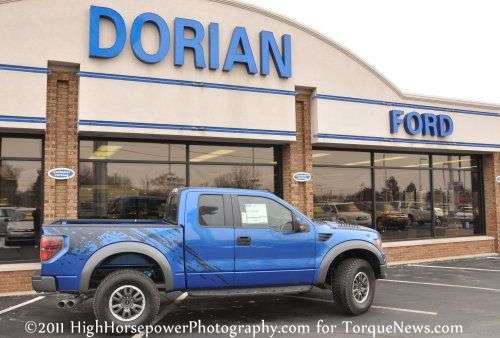 Car buying deals are one great way the way Labor Day weekend is celebrated by most Americans, but there are other traditional ways Americans celebrate the holiday too. Labor day, which is a Federal Holiday (federal government, DC and U.S. Territories); and State Holiday (in all 50 U.S. States) is always held on the first Monday in September. In high society, Labor Day is (or was) considered the last day of summer and the last day of the year when it is fashionable for women to wear white, and that seems to have carried over in mostly the northern states in the United States.

Labor Day also marks the beginning of the NFL and college football seasons, the NCAA teams most often play their first games the week before Labor Day, the Southern 500 NASCAR auto races begin around this time, and most children are going back to school around this time as well.

The good news for car buyers, is that Labor Day also bring a lot of sales in car dealerships around the United States. Lobbies of dealerships can usually be seen filled up with customers awaiting the help of car salespeople to aid them in the purchase of a car they (the customer) believes to be on sale for the holiday of Labor Day.

According to PR Newswire, Chug, which is a search engine website for cars, released its list of the top 50 automobiles which are brought into car dealership lots and hold some potentially great deals for consumers, mostly for 2012 model cars. Labor Day weekend is said to be the weekend with the highest inventory supply of the year. What does this mean for customers? High volume means dealerships are more willing to make deals to move their cars.

The CEO of Chug, Len Short, made this statement to PR Newswire, “If you are currently in the market for a new vehicle, there is no better time to buy than this Labor Day weekend. Chug data reveals that the tsunami has had less of an impact on inventory supply than anticipated and this, combined with an economic climate that has tightened consumer wallets, has left many dealerships substantially overstocked. Car buyers will find some of the most popular models such as the Ford F-150 and the Honda Odyssey on the over-supply list, as well as the much buzzed-about Chevrolet Volt."

These are the top 5 overstocked models of cars in dealerships across the United States, according to Chug: The Nissan Murano Cross Cabriolet, the Ford Super Duty F-750 Straight Frame, Subaru, Impreza Wagon WRX, Toyota, Prius and the Subaru Impreza Sedan WRX. If you are in the market to buy a car this Labor Day weekend, look into some of these models and best of luck with your car buying experience!

mycarlady wrote on September 3, 2011 - 11:39am Permalink
I have been writing about end of model year deals for the past 10 years and this Labor Day weekend will be the most frustrating for consumers. Lack of Inventory, higher credit demands and lower rebates-incentives will require the car shopper to be MORE diligent. You can read all of my recent posts covering everything from used car labor day deals to what rebates and incentives exist on what cars in remaining 2011 and inbound 2012's. go to mycarlady dot com or google labor day car deals mycarlady for more info.