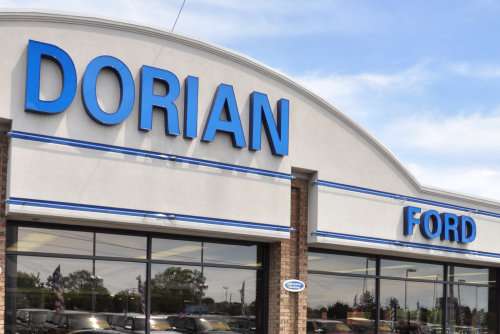 Massive changes in the last two years have been reported for the better, regarding the reputation of the auto industry and other industries, while poor reports came in for other businesses. The reports are based on public perception.
Advertisement

Statistics were taken and measured from the latest Harris Poll on twenty-two of the United States’ largest industries, including the automotive industry. The changes recorded were extremely positive in the way the public believes that the automobile industry has improved in their efforts to do a good job of serving their consumers.

Other industries that people shared that they believed did a great job with customer service according to the Harris Poll were for supermarkets (plus 80), online search engines (plus 74), hospitals (plus 66), computer hardware companies (plus 61) and computer software companies (plus 55).

This year, the Harris Poll surveyed 1,956 adults, aged 18 and over by telephone solicitation and online solicitation between August 8 and 15, 2011. They were done by Harris Interactive. The Harris Poll has been surveying people on their perceptions of major industries every year for the past fourteen years and attitudes and opinions of the different industries have been very different each year.

What seems to effect the changes in how people perceive companies and their customer service varies year to year. Such things as events companies hold, services the companies provide and media coverage can have a huge results on customer perceptions. As of late, public attitudes towards the auto industry, as well as pharmaceutical, health insurance, telephone, banking, financial services and oil industries have been all over the board. Again, many factors influence attitudes.

When asked how they feel about how the auto industry treats customers, here are how some consumers responded:

Arthur M. from Raleigh, North Carolina stated, “I just recently purchased a new car and was very happy with the service I received. I thought that I would be pushed into buying the car, but the salesperson was very kind and considerate of this huge decision that I was making. That meant a lot to me.”

Jill W. from Los Angeles, California stated, “I never expected that I would be treated kindly or fairly as a woman going in to buy a car. Especially in Los Angeles. (She laughs) However, they really gave me a lot of time and patience and I appreciated that very much. I’d definitely go back there again and recommend this dealership to others.”

Customer wrote on September 22, 2011 - 12:53am Permalink
competition is getting more and more fierce..but companies forgetting the need for good customer service is digging their own grave..customers easily can shift their loyalties..
michaelking412 wrote on September 22, 2011 - 6:02am Permalink
People should never forget that real health depends how well you take care of yourself and not what health insurance you carry but I agree health insurance is important for every one. Search "Penny Health" or online for dollar a day insurance plans.