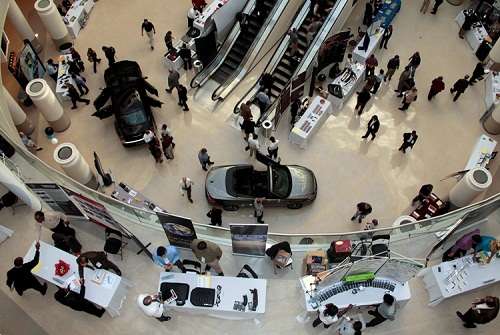 Chrysler explains how it creates diversity opportunities for women, minorities

The Chrysler Group was just named one of the 60 Best Companies for Diversity. The list was published in the September 2011 issue of HispanicBusiness.
Advertisement

The Chrysler Group is boasting being the best of the traditional Big 3. It believes that being put on the list for the 60 Best Companies for Diversity confirms that women and men who stand behind Chrysler vehicles echo that diversity. The Chrysler Group strives to bring diversity to women and minorities especially.

Diversity is the name of the game, as the Chrysler Group has many different choices for both women and men in their fleet of vehicles. There is something for everyone in the Chrysler brand, including the Ram1500 Outdoorsman, the Dodge Challenger and the Fiat 500. No matter what a customer’s, female of male, preference in a car is, the Chrysler Group can satisfy with a vehicle that fits those tastes.

The Chrysler Group is thrilled to be honored on the HispanicBusiness' list for the third consecutive year in a row. HispanicBusiness rankings take several things into consideration when ranking automotive companies on their lists.

With the goal of staying a very diverse company, the Chrysler Group has been organizing “Matchmaker” events for the past 12 consecutive years. These day-long events are “designed to provide minority-owned, women-owned and veteran-owned businesses access to the company's Tier 1 suppliers and procurement process.”

The Chrysler Group's diversity efforts and objectives include a required goal that 10% of a Tier 1 supplier's procurement buy be sourced to certified minority suppliers and a sourcing goal for Chrysler's women-owned business program at 3%.

In 2010, 13.4% of the Chrysler Group’s total annual purchasing were for women-owned businesses and accounted for $231 million of the Group’s spending. Since 1983, Chrysler has purchased more than $45 billion from minority-owned suppliers.

Kevin L. Bell, the Senior Manager for Diversity Supplier Development made this statement: “Chrysler Group will continue to create opportunities for minority-owned, women-owned and veteran-owned businesses because diversity is in the DNA of our company. Our goal is a well-developed, diverse supply chain that is inclusive to all.”

LG's New EV Battery Plant Is a Welcome News for Tesla
Tesla Giga Berlin's New Hurdle: It's Not Only the Gov't, but Now Tesla Itself
END_OF_DOCUMENT_TOKEN_TO_BE_REPLACED