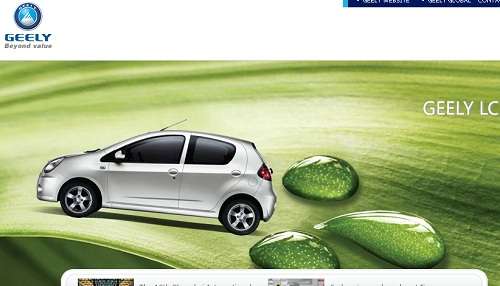 China is becoming a country that is focusing on producing more fuel-efficient and eco-friendly automobiles. These vehicles include more technologically advanced gasoline-electric hybrids and all-electric cars.
Advertisement

Once a country that was intently attempting to become the auto industry’s largest producer of vehicles, China now is graciously shifting its focus from quantity to quality. In doing so, the country is helping to save money and the environment.

Although China is going to be concentrating more on eco-friendly automobiles, the country is not planning to necessarily voluntarily slow down there production of cars. There are certain factors that make restricting their growth necessary.

China’s car production has slowed down as Beijing puts a limit on the number of cars that can be registered each month. Another reason car growth will slow down is because the government incentives expired at the start of this year.

The positive side of China’s production slowdown seems to be worth it for many who are environmentally conscience people; however, much of the world will be shocked by the deliberate lessening of automobile manufacturing. People have only seen the expansion of General Motors, Ford Motor, Nissan Motor and PSA Peugeot Citroën, to name a few of the American, European, Japanese and South Korean automakers who have been expanding in China, so the change will not come easy.

A few leaders in China have spoken out and gave some very compelling statements to the press. Jiang Kejun, director of the Energy Research Institute at the National Development and Reform Commission stated, “The government must take the leading role in controlling unrealistic growth.” Lu Shize, director of air pollution control at the Ministry of Environmental Protection agreed in saying, ““For the auto industry to develop, we should not try to sell more, but to improve the units sold.”

Americans have had their own opinions and viewpoints as well as to production in China as far a manufacturing of automobiles and other items. “China has been known to mass produce items, and not ones of great quality, I may add. It’s great to know they are no longer trying to give up quality to try to just mass produce. It’s about time they stepped up to help the environment and make cars that are more fuel efficient, like hybrids and electric cars. Kudos to China,” stated Michel W. from Jacksonville, Florida.

Bucko wrote on September 8, 2011 - 10:58pm Permalink
It has also been interesting to see how China has responded to fluctuations in oil prices. There are not just environmental concerns but economic ones as well which are felt beyond just the auto industry. We wrote a post recently on our blog about <a href="http://www.chinaperformancegroup.com/oil-prices-policy-and-dependency-in-china/">China's oil related policies</a> in the midst of increasing use among the Chinese as prices continue to rise.