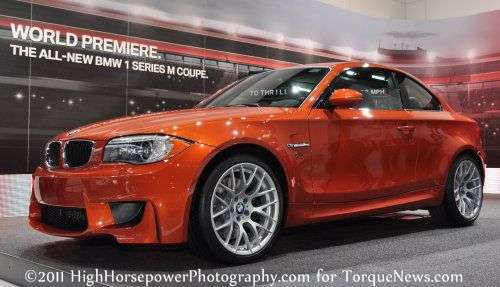 The BMW Group is adding to the world’s workforce innovation by creating new jobs and careers. BMW has said that they are about to take on approximately 3,500 new employees for jobs at its headquarters and abroad.
Advertisement

The Geman automaker is able to create many more jobs this year due to the fact that during the financial year 2010 alone, the BMW group produced 1,481,253 automobiles and 112,271 motorcycles across all its brands worldwide. A press release announced that, “The profit before tax for 2010 was euro 4.8 billion on revenues amounting to euro 60.5 billion. At 31 December 2010, the BMW Group had a workforce of approximately 95,500 employees.” As a global company, the BMW Group operates 25 production and assembly facilities in 14 countries and has a global sales network in more than 140 countries.

The BMW Group has announced that it is getting ready to hire about 3,500 new associates this year. About 1,200 of these new employees will be based in Munich, Germany where BMW has its headquarters and also its main plant and most of its development. Other newly hired employees will join the company in BMW Plant Leipzig, where production of its first all-electric series vehicle, the BMW i3, is set to begin in 2013.

The BMW Group is looking for employees who are specialists in the fields of electrical engineering and lightweight body construction. They are also looking for university graduates from a wide range of subject areas. Recruiting will also be for IT specialists and software engineers.

The BMW Group’s Harald Krüger, BMW AG Board Member for Personnel made this statement: “We are looking for specialists and engineers to work in future technologies. We need new associates to help us meet the consistently strong demand that has developed for our vehicles and to offset natural wastage within the company. In addition, as we prepare for the future, we are focusing on taking on specialists and engineers who will work in future technologies.” Krüger also added: “We offer highly attractive programs for young people wanting to train with us and good opportunities for those wishing to become employees directly.”

Bavarian Motor Works is a German automobile, motorcycle and engine manufacturing company founded in 1916. BMW is one of the most successful manufacturers of automobiles and motorcycles in the world, with its BMW, Mini marque and its parent company Rolls-Royce Motor Cars brands and its Husqvarna Motorcycles.

pouya wrote on September 28, 2011 - 6:39am Permalink
i love work at bmw company i am study material engineering and i have worked at small company and i am 21 years old how can worked with bmw company?
Car guy wrote on October 1, 2011 - 9:04pm Permalink
What is the average salary in BMW? Are the careers at BMW highly paid?
Hassan wrote on April 6, 2013 - 5:30am Permalink
Hello, I am working in a car company as a HSE office in my country for 7 years and I am moving to Europ in a few months. Please let me know How I can find a job in BMW company. thanks