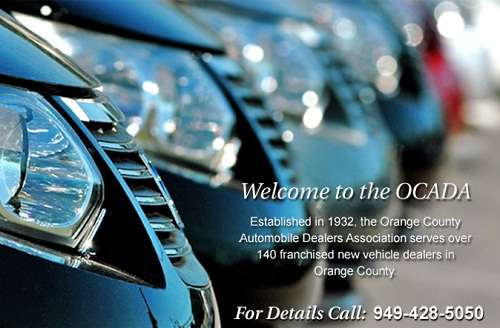 2012 OC International Auto Show in Anaheim dazzles with the hottest

It's time for the 2012 Orange County International Auto Show, which will be hosted at the Anaheim Convention Center this year in California. Get ready to see everything hot on four wheels at this exciting and invigorating car show.
Advertisement

As one of the very first auto shows for the 2012 model season, the 2012 OC International Auto Show offers more than just great looking vehicles at which to ogle. Spectators and car enthusiasts can also learn about helping the environment with eco-friendly automobiles that will be on display at the show.

One can expect to see hundreds of the latest model cars and trucks, including sport/utility vehicles, crossovers and electric cars at the 2012 OC International Auto Show. The Anaheim Convention Center is expected to be filled with exotics vehicles, the newest production vehicles of 2012 and eco-friendly electric vehicles.

When spectators walk into the Anaheim Convention Center, they will be surrounded by a multi-million dollar collection of super exotic cars. These will include the Gumpert Apollo supercar valued at $595,000, a million dollar Saleen S7R, the 2012 Lamborghini Aventador and other incredibly exotic and luxurious models from Ferrari, Maserati, Bentley and Rolls-Royce and more.

Show-goers will get to see the latest in electric cars. However, they will not only get to see the EVs, but they will also get to see EV charging stations from JuiceBar, as well as the new CODA EV Sedan before it is even released later this year, the Toyota Plug-In Prius, the Nissan LEAF, the Chevrolet Volt and other electric and environmentally friendly cars.

Once inside the Anaheim Convention Center at the OC International Auto Show, the media will be afforded a sneak preview of the show on Thursday, September 22, starting at 10 a.m. This will be before the show opens to the public.

The show will be a great learning experience of all the latest and greatest and will feature the world debut of several vehicles never seen before in North America. These will include the 2012 Honda CR-V Concept, the 2012 Lexus GS and the Acura TSX Special Edition and some 2011 Intellichoice Motorist Choice Awards unveils. Show-goers will be get to test drive the 2012 Volkswagen Beetle as well get to do some off-road test drives at Camp Jeep. Overall, the 2012 Orange County International Auto Show will offer show-goers the opportunity to test drive more than 40 new model vehicles.