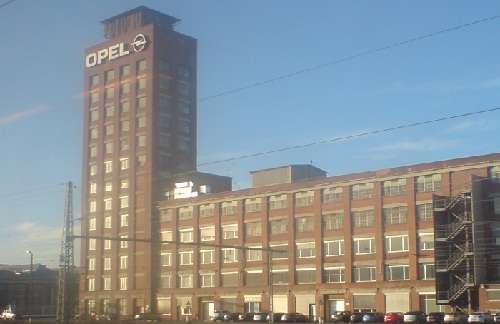 GM is trying to turn Opel into Gold

General Motors is trying to turn around its poor selling Opel, which is costly to build and isn’t thought of having the prestige to command higher prices.
Advertisement

Adding high-tech option packages that are common to luxury cars is a consideration already in place in Opel’s Insignia and Astra models, namely the “forward lighting” option, which adjusts the angle of the headlights for better vision when driving fast on the Autobahn. And, like the innovative Tucker of yesteryear, the headlights turn with the front wheels.

In addition to more options, GM is studying how to reduce engineering and manufacturing costs, insiders told Bloomberg on condition of not being identified. Opel engineers small and midsize GM brands, including the midsize Malibu and the compact Cruze, and other brands, including Chevrolet’s Equinox, could use platforms designed by Opel.

The option strategy has early signs of success. Opel’s market share in Europe rose 6 percent in the first five months of the year, giving Opel a 7.4 percent of market share, an increase of .4 percent. But Opel prices remain low. The Astra sells for 15 percent less than a comparably equipped Golf. In England, and going by the name Vauxhall, the Corsa sells at an 11 percent less than Golf.

In Spain and France, Opel’s sales are up 23 percent, but Opel only has 4.1 percent of the French market. Analysts, say Opel needs to expand in Italy and Eastern Europe markets.
Opel’s challenge remains to not just stop the losses but to be more profitable.

Because Opel is costly to build as a result of high labor rates in Germany and, with pricing set low, GM may be stuck with the brand. It’s not an attractive company financially, even though the product line is of quality.

Another challenge to Opel is image. The car-buying public in Europe doesn’t consider the Opel to be of the same ilk as Volkswagen, BMW or Audi, even though Opel produces quality cars. Opel and Vauxhaul are expected to launch later this year the new upscale version of the Zafira minivan, which will have a higher sticker price.