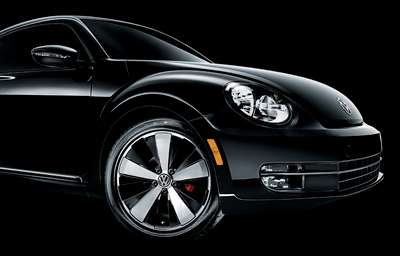 Volkswagen has release pricing and drivetrain information on the 2012 Beetle; diesel engines will be available next year.
Advertisement

Volkswagen has announced pricing and drivetrain options on the new and totally-redesigned 2012 Beetle.

"The 21st-century Beetle is an automotive icon reinvented, a nod to the heritage and character of Volkswagen and our remarkable history," said Volkswagen of America CEO Jonathan Browning.

Economy-conscious buyers will have to wait until 2012 for the diesel Beetle, which will also share the 2.0L 140hp 4cyl diesel engine with the Golf and Jetta TDI.

The 2012 Volkswagen Beetle is longer, wider, and lower than the model it replaces, further hinting at its more sporting intentions. An eight-speaker stereo system will be standard in all Beetles, and buyers have the option of adding a CD changer, Bluetooth, and Fender stereo system... the same company that makes the guitars.

Finally, the 2012 Beetle will come standard with Volkswagen's new Intelligent Crash Response system, which shuts off the fuel pump, unlocks the doors, and turns on the hazards automatically in the event of a collision.