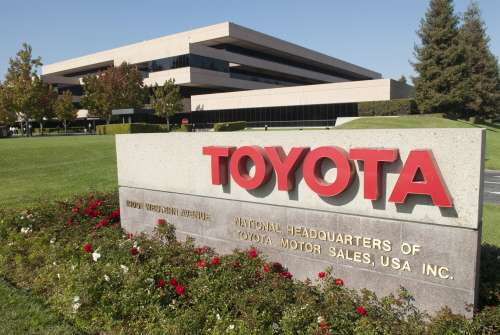 Toyota today awarded $500,000 in 2011 TAPESTRY grants to 50 U.S. science teachers, furthering a 21-year-old program that to date has given out more than $10 million to almost 1,200 teachers in America.
Advertisement

The program recognizes and provides support to teachers who make a difference by demonstrating excellence and creativity in science education, Toyota officials said this morning in announcing the grants. The impact is that the programs get students excited about science. The winning programs will begin project implementation this month.

“There is nothing more gratifying than honoring outstanding science educators who demonstrate excellence, creativity and vision in science teaching," said Dr. Francis Eberle, executive director for the National Science Teachers Association. "We are extremely proud of the winners ... for their unwavering commitment to their students and profession.”

Judges award money to one teacher or teams of teachers based on creativity, risk-taking and originality. Fifty teachers receive grants of $10,000 each. Projects range from creating bio-fuel to further America's go-green effort to increasing food production on farms in urban environments. Winners teach at the elementary, middle school and high school level.

As a result of the Toyota TAPESTRY program, tens of thousands of students have benefited and many teachers have utilized the opportunity to win prestigious awards that include the Presidential Award for Excellence in Science and Mathematics, the National Science Teachers Association Distinguished Teaching Award and the Einstein Fellowship Award. This money allows teachers to push science-based projects beyond classrooms to positively affect their communities and becomes such a showcase that the teachers and students through outstanding performance are able to get additional money from other philanthropic sources.

“It’s extremely rewarding to support exceptional teachers who bring quality science education to our children," said Michael Rouse, vice president of philanthropy at Toyota. "The Toyota TAPESTRY program was built on the vision of recognizing such teachers and supporting their efforts to improve science learning opportunities for children. ... We’ve had the opportunity to turn that dream into reality.”

Sponsored by Toyota and run by the association, TAPESTRY is the country's largest science teacher grant program of its kind and awards funding for innovative science proposals submitted by teachers in environmental science. Educators from all 50 U.S. states, the District of Columbia, Puerto Rico, the U.S. Virgin Islands and the Mariana Islands have received TAPESTRY grants.

Hawke Fracassa writes about the auto industry from Detroit for TorqueNews.com. You can reach him at [email protected]

Sue wrote on August 10, 2011 - 11:06am Permalink
It is so wonderful of Toyota to understand and embrace how important teachers are. This program that gives these grants to science teachers will not only have an impact on the teachers, but the students as well. Because of the grants, more students might become passionate about science and pursue something aligned with science as their <a href="http://dailyhealthcare.net/college-students-need-a-healthy-breakfast-too/">college</a> major. I love it when companies give grants to schools! They are making our education system a better place to learn.