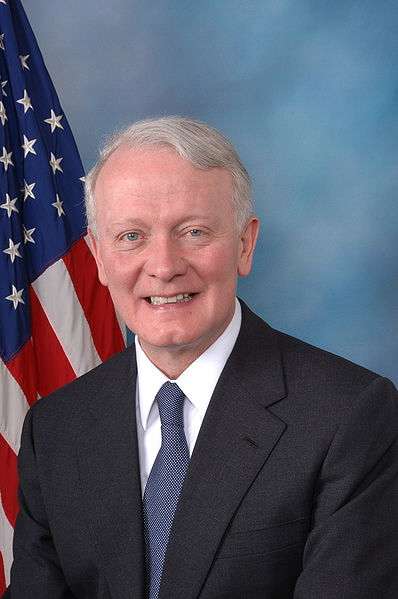 Ethanol welfare on its last legs

The U.S. Senate, in an unexpected about-face from the day before, voted 73-27 Thursday to kill its $6 billion annual subsidy of ethanol corn fuel, which critics say has been an icon for wasteful spending for years.
Advertisement

One congressman called it a sign that lawmakers are serious about ending "wasteful and unnecessary" subsidies amid hand-wringing in Washington over deficit spending and debt.

“I am pleased the ... senate voted to end the ... ethanol subsidy,” said Congressman Leonard Lance (R-N.J.), a leader in the U.S. House of Representatives to shut off the subsidy that has been carried over annually for more than three decades.

“Today’s vote gives lawmakers on both sides of the U.S. Capitol momentum on this issue. I urge leaders in the U.S. House to bring forth legislation to end the ethanol subsidy once and for all. We must get our nation’s fiscal house in order and eliminating the federal ethanol subsidy will make a significant contribution toward this goal. We must keep the momentum going and follow suit in the House.”

Lance (pictured) said he will demand the House vote on the issue.

To that end, Lance has authored the "Repeal Ethanol Subsidies Today Act." This bipartisan legislation would terminate the ethanol blenders tax credit. The bill has been endorsed by Taxpayers for Common Sense, the National Taxpayers Union and Americans for Limited Government.

In the senate, the Ethanol Subsidy and Tariff Repeal Act was introduced by Sens. Dianne Feinstein, (D-Calif.) and Tom Coburn (R-Okla.).

"Ethanol is the only industry that benefits from a triple crown of government intervention: its use is mandated by law, it is protected by tariffs, and companies are paid by the federal government to use it. Ethanol subsidies and tariffs sap our budget, they’re bad for the environment, and they increase our dependence on foreign oil. It’s time we end subsidies that we cannot afford and tariffs that increase gas prices," Feinstein said in a statement on her Web site.

If the subsidy dies because the House and Senate say so, it will eliminate a 45-cent-a-gallon tax subsidy provided for producers of ethanol and delete a 54-cent-a-gallon tariff on imported ethanol. Ethanol is a corn-based alcohol that is an additive to gasoline.

In a statement released Thursday evening, the activist group Friends of the Earth praised the senate for its vote to end the ethanol giveaway.

"This vote is major progress in our fight to end subsidies for environmentally harmful industries -- progress that the pundits, as well as the powerful biofuels and agribusiness lobbies, would have called impossible just two years ago. But Friends of the Earth has been working with a diverse coalition of environmental groups, fiscal conservatives, agricultural interests, food producers and anti-hunger advocates to amass congressional support for ending ethanol giveaways -- and today we won bipartisan support from every corner of the country except the Corn Belt.

"Today, our voices were heard -- and senators sent a decisive message that the days of the biofuels industry living high off the taxpayers' hog have come to a close."

Bill Wilson wrote on June 20, 2011 - 7:11pm Permalink
Oil welfare still going strong! Quit being hypocritical and for once denounce all tax breaks and subsidies. Just because the oil industry lost the tax break for blending ethanol doesn't mean the budget is balanced..