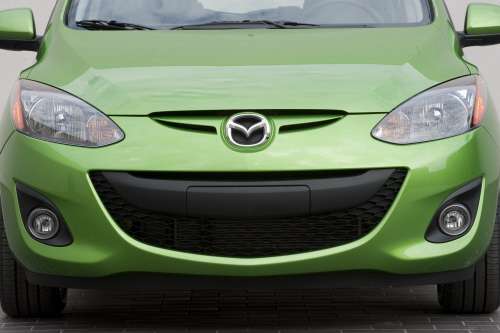 Gasping economies in the United States and Mexico aren't afflicting Mazda, which for now has the world by the tail as it gears up for an even more prosperous 2012. This is because its 2011 sales figures are through the roof in both countries and continue to accelerate. One car's sales jumped almost 200% last month.
Advertisement

Here's the big picture as Mazda looks toward 2012: U.S. sales rose 14.7% last month (22,632 cars and trucks) compared with year-ago levels for the North American arm of the Japanese carmaker and are 6.1% better year to date with almost 166,000 vehicles out the door.

Irvine, Calif.-based Mazda North America also recorded impressive sales growth in Mexico (2,706 vehicles sold in August), with monthly (+24%) and year-to-date (+16%) sales gains. It was the best ever August for Mazda in Mexico, where buyers have driven away 18,000 showroom-new Mazdas in 2011.

Leading the surging sales picture in the United States is the Mazda2 (pictured), whose August sales (1,387 vehicles) signaled an incredible 195.7% increase over 2010.

Sales went up 58.7% just last month for the CX-7. And for the year, Mazda reports a sales boost of 26.2% for the crossover that's cute as a button.

Also on the upswing is the Mazda3. A total of 9,424 units were sold last month, an uptick of 4% over year-ago numbers.

You can reach TorqueNews.com's Hawke Fracassa at hawkefracass[email protected] or (248) 747-1550. Or follow him on Twitter @Hawke Fracassa.

Don Bain wrote on September 15, 2011 - 3:25pm Permalink
Terrible headline
Cars On Sale By... wrote on September 16, 2011 - 7:51am Permalink
Cars by owner offers you various facilities like cars on sale by owners, used mustangs for sale by owner, used auto for sale and many more at one place. You can sell your car by filling the simple information like color, range, transmission type and many more for free.