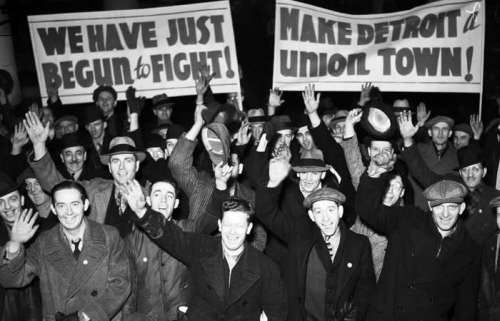 The Ceres coalition of investors and environmental groups began an advertising campaign Friday to promote the economic benefits of higher fuel-efficiency standards. The subtext is that Ceres is making a case for higher mpg standards because, it argues, they will be good in the long run for American auto workers.
Advertisement

Based on polling and research, the Ceres campaign made its debut on radio stations in Michigan and in Washington on Friday. An official said the ads are in response an Alliance of Automobile Manufacturers radio campaign that claims adverse economic impacts from strong CAFE standards.

“The facts are clear. A 60 mpg standard will restore American automakers to a place of global leadership,” said Mindy Lubber, president of Boston-based Ceres.

“Higher standards will create new jobs by encouraging automakers to build more of the fuel-efficient cars and trucks that drivers want to buy.”

The Clean Economy Network issued a statement Friday that dovetails with Ceres's findings.

"A strong, predictable standard — without loopholes like a 'midterm review' — will send a market signal that will deploy existing technologies and unlock private capital for cleaner, more advanced vehicle technologies, putting Americans back to work in parts of the country hit hardest by the recession."

The Ceres spots lead a campaign that will diversify into print and social media advertising catering to readers in Detroit Three territory and Ohio as well as D.C.

2. Increasing industry average fuel economy to 42 miles per gallon by 2020 could raise industry variable profit by $9.1 billion, or 8%. Most of the added profit, $5.1 billion, could go to the Detroit Three.

5. The U.S. electric-vehicle industry is already robust and viable and will grow further under strong standards and other government policies that will boost demand for electric and plug-in-electric cars.

Hawke Fracassa covers the auto beat form Detroit for TorqueNews.com. You can reach him at [email protected] or at (248) 747-1550.