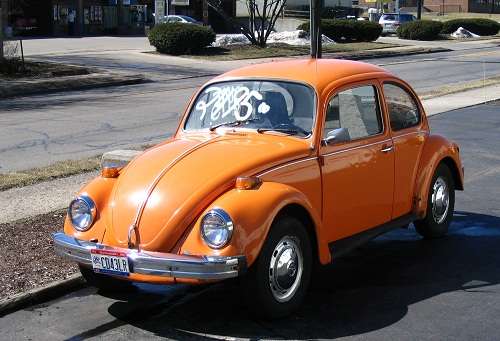 What carmaker did Hitler help create?

2. Adolf Hitler supervised the engineering of this "people's car" and personally approved the blueprints before it went into production. What is the car?

4. In 1903, two automobile executives raced their own cars; Ransom E. Olds in his "Pirate" and Alexander Winton in his "Bullet." That race was held on this beach:

5. In 1908, William C. Durant offered to sell stock in a new venture called General Motors. Then he used the cash and stock to buy four existing automakers. The brand name of those first four GM cars is ... ?

6. A car was named for this French adventurer who in 1701, founded the city of Detroit.

7. The fifth car company to be acquired by General Motors (1911) was named for this Swiss-born race car driver. Who is he?

8. Charles Kettering’s invention was one of the most important advancements the auto industry has ever known. It first appeared on Cadillacs in 1912. Cars equipped with his invention sold like crazy. His company: Dayton Engineering Laboratories Co. What was his invention?

9. Following a dispute with stockholders, Ransom E. Olds quit Oldsmobile even before it was bought by General Motors. He then built cars and trucks under this brand name.

4. Ormond Beach. (Also give yourself a correct answer if you said Daytona Beach.)

5. Buick, Cadillac, Oakland (later called Pontiac) and Oldsmobile. Give yourself credit if you named Pontiac instead of Oakland.

Don Bain wrote on May 28, 2011 - 6:31pm Permalink
The more appropriate image would be what became known as the VW Thing - built in the early 70s to use up parts still laying about the factory from 1939. (I can't remember the original model designation) I used to own one. You could have pointed out Volkswagen actually is German for People's Car. Interesting piece though