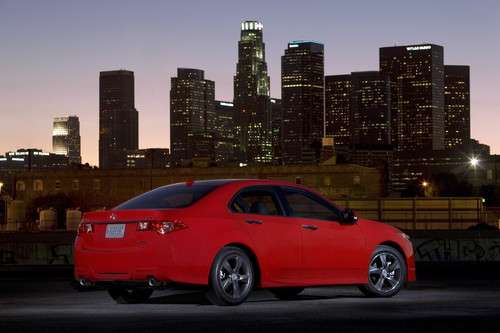 Acura's 2012 TSX sports sedan set a sales record with 2,691 units moving from U.S.-based showrooms in November, but the rest of the Japanese carmaker's lineup except for the RDX crossover SUV sold sluggishly to American buyers.
Advertisement

Meantime, Acura's larger parent, American Honda, also endured a bleak sales month, with the Civic the only car coming close to breaking even compared with month- and year-ago sales.

"The impact of the Thailand flooding on our North American production levels continued to be felt in November," John Mendel, American Honda executive vice president of sales, told reporters in reviewing the sales picture.

"We're looking forward to closing the year on a strong note as production recovers and the all-new CR-V goes on sale."

The TSX splurge, while a breath of fresh air for Honda's luxury marque, wasn't Herculean enough to lead Acura in total unit sales. That privilege went again to the MDX. A total of 3,308 units of Acura's luxury sport-utility truck were sold in America in November. But even in leading the Acura pack, MDX sales were down 24.2%.

After the TSX (pictured), the next-best-selling luxury car was the 2012 Acura TL, a performance luxury sedan. There were 2,412 TLs purchased from Acura, 4.8% fewer than last month.

There were 17,133 Civics sold. That made the Civic Honda's best-selling automobile, but the high volume still was 0.7% below last month's sales total for the cute-as-a-button economy car.