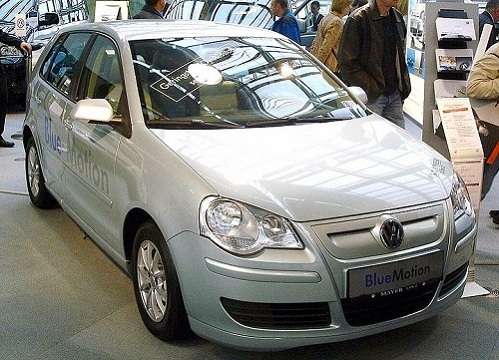 Forget the Hybrids, how about 75 MPG Diesels

Gasoline prices in parts of Europe are currently at $9 a gallon. I think it's safe to say that if those prices were ever to reach the United States, it would feel like the sky fell on our heads. With prices that astronomical, you would think that the streets of Europe would be littered with Toyota Priuses, Honda Insights and Chevrolet Volts. However, instead of embracing Hybrids, the Europeans have turned to an old automotive friend, the Diesel engine.
Advertisement

Gasoline prices in parts of Europe are currently at $9 a gallon. I think it's safe to say that if those prices were ever to reach the United States, it would feel like the sky fell on our heads. With prices that astronomical, you would think that the streets of Europe would be littered with Toyota Priuses, Honda Insights and Chevrolet Volts. However, instead of embracing Hybrids, the Europeans have turned to an old automotive friend, the Diesel engine.

In the 1980's, many manufacturers made attempts to bring in Diesels to the United States. These Diesels were loud and dirty, and few Americans chose to accept them. Since then, most automotive manufacturers have been hesitant to bring them in to our shores. However, in Europe, Diesels were in constant refinement. Each year, smoother, cleaner and more efficient Diesel engines were introduced. How efficient? Well, the 2011 Volkswagen Polo BlueMotion gets a combined rating of 74.3 miles per gallon. That's almost 50% better fuel economy than a Toyota Prius which has a combined rating of 50 miles per gallon. With a standard sized 12 gallon tank, that means you could drive the Volkswagen from New York to the Grand Canyon in Arizona and only fill up once, somewhere in Missouri. That's 900 miles per tank of gas! You might think that there is a tradeoff, but there simply isn't.

The small Euro-spec diesel powered cars are quiet, comfortable and accelerate to 60mph in similar time to their fuel efficient gasoline powered models. It's not like you get shorted on the amenities either, you get air conditioning, cruise control, satellite navigation, and electronic everything. It's no wonder that half the cars sold in Europe are equipped with Diesels.

Here in the States, the images of the old Diesels haven't been lost. We still prefer to keep them in our trucks and busses. We need a total change of our mindset when it comes to Diesels, yet we hardly hear anything about them. Politicians are trying their hardest to be seen promoting green energies and fuel efficiency. They are very vocal in their praise of electrics and hybrids, yet very little about promoting Diesels. If gasoline prices continue the way they're going, we won't be able to ignore it for long. In the meantime, I'm going to let that number roll around in your brain for a minute 75 mpg. Thats a number you can't ignore.

Frank Sherosky wrote on May 20, 2011 - 12:07pm Permalink
I agree with your article. Now let me add some new tech to the mix, like the Scuderi Split-Cycle engine that can be configured as diesel AND can be made into an air-hybrid. Do a search on Scuderi here at Torque News.
Jane wrote on May 20, 2011 - 10:09pm Permalink
Great story Roman, very interesting. Frank I have a question. When will the consumers see Scuderi Split-Cycle engines that cen be configured as diesel on the market. My main question is how long will it take for technologies like this to be broadly available so that it will have a positive effect on the gas prices giving the consumers better MPG, the one that Roman is talking about. Thank you.
Anonymous wrote on May 21, 2011 - 1:00am Permalink
This article does a pretty bad job of comparing apples to oranges. FYI, you CANNOT compare the European fuel cycle testing vs. the U.S. EPA fuel cycle testing for the Prius. They are on DIFFERENT SCALES. If you test the VW BlueMotion against the Prius using the EPA fuel cycle testing, the VW will only get 51MPG (US Gallons). Not to mention the Prius is a bigger car but gets 50MPG using less-energetic gasoline and won't need any of those hokey diesel emissions control equipment like urea injection. The biggest problem with the BlueMotion is that it only comes with a MANUAL transmission. Just how many people in the U.S. are willing to buy manual-transmission cars? Just the fact that the Prius is automatic will give it a bigger market share in the U.S. than the Bluemotion can ever hope to get. I'll take a Prius rather than a BlueMotion any day of the week.
Jane wrote on May 22, 2011 - 7:13am Permalink
I just did some research on diesel. The price of diesel fuel is up because the economic development in April has bolstered the consumption of diesel by trucks. Are all trucks running on diesel? If yes what type of MPG are they getting?
Susan wrote on October 4, 2011 - 9:25pm Permalink
Close friends of ours went to Italy 3 years ago and came home raving about the quiet,comfortable and energetic diesel engine sedans they drove while over there that got a minimum of 60 mpg. We have long wondered what is wrong with our automakers that they continue to deny that the technology exists to get this kind of mileage in the USA. It makes you feel as if we are not getting honest information from our automakers or our government....and hence that big oil is truly running the show. Thank you for this article!!!
Frank Sherosky wrote on October 4, 2011 - 10:50pm Permalink
I apologize to Jane for not getting back sooner. The Scuderi engine is likely 3-5 years away, not due to Scuderi, but due to the automakers doing their testing and configuration. Wish it was sooner; and could happen sooner. I will cover the split-cycle diesel option in a future article, though, as the 2011 DEER Conference in Detroit sparked my interest even further.