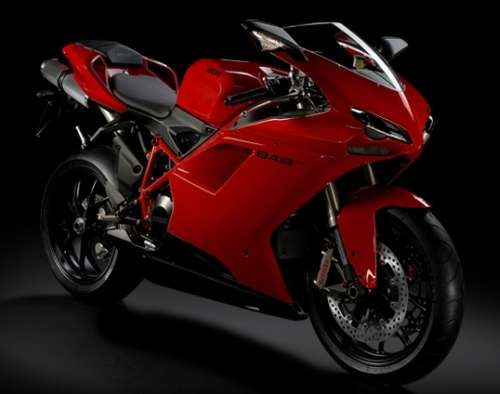 Ducati leading the way with a huge 61% increase in sales

Ducati increased their sales 61% in this quarter on the back of a fantastic range of new and updated motorcycles and a whole lot of self-improvement.
Advertisement

The name Ducati is known the world over. While the undisputed heavyweight champion of brand recognition is of course Harley-Davidson, Ducati is really working on improving its name. They are not doing it with "if you can read this, the bitch fell off" t-shirts, but by making new and exciting bikes that people want, and in some cases, didn't know they want.

Ducati also, for the most part, makes bikes that are still cool and interesting a decade later. This is especially important because one can own a Ducati and not be at all disappointed that he doesn't have the latest or greatest. Many other motorcycle brands make bikes that lose their value in terms of being cool within only a few years, much in the same way laptop computers do. You don't ever look at a 10yr old laptop and say to yourself "wow, that's a really cool, relevant and awesome computer." You would never say that, you would actually just throw it in the trash and wonder why you didn't do it earlier.

For the past ten years, Ducati has worked hard to improve the buying and ownership experience of their motorcycles. They have become much more professional in terms of performing warranty work, improving quality control, and availability of parts. Service intervals have gone from a relatively miserable 6,000 miles to 15,000 over the past ten years as well. This shows that Ducati is really putting forth effort to make their bikes usable in the real world.

Additionally, Ducati has lowered their prices relative to inflation on their motorcycles as they improve manufacturing efficiency and quality. This makes Ducati motorcycles more affordable for a larger audience which of course would translate into more sales.