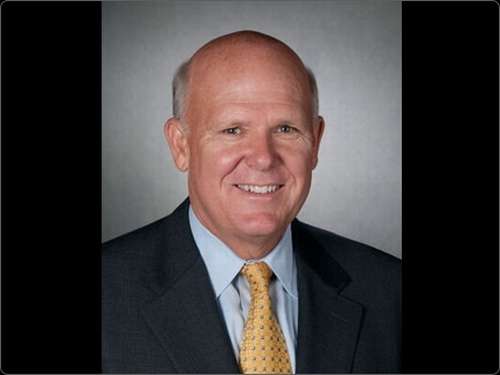 In a two hour interview last week, General Motors CEO Dan Akerson told the Detroit News that he wanted to see the tax on gas raised by a dollar per gallon in order to pressure consumers to purchase more fuel efficient vehicles.
Advertisement

This declaration by the CEO of GM might seem strange to those who already own a vehicle and don't necessarily have the money or desire to purchase a new one. It would be difficult to convince someone who has a gas guzzler that is paid for, to take on a loan for tens of thousands of dollars to save around $1500 in annual fuel costs. Depending on the size of the loan, the interest alone would be $1500 a year.

I drive a 1998 Jeep Cherokee. It is not very fuel efficient, but it runs well and I own it outright. It has never broken down, and despite its age, everything works and nothing is broken. According to Akerson, if the government raises the gas tax by a dollar, I would be pushed to purchase a more fuel efficient vehicle. The fact is, I simply wouldn't.

The money I saved in gasoline each year with a more gasoline efficient car would be completely overwhelmed by the monthly payments and interest of the loan. Instead of saving me money, this move would cost me dearly. Most Americans are in no position to make this move either.

Raising the tax on gasoline would simply be a burden on the back of the American people. Modern America placed all its eggs in the automotive basket. Most parts of this country simply don't have the same sophisticated, public transportation systems that many Europeans and Asians have. If gas prices go up, it affects us greatly. Cars are the way we get to work, the way we perform our work, the way we get our education, the way we buy our food, and the way we see our families. Choosing between a loan and gas prices shouldn't be a decision we should be forced to make.

Where would the government do with the extra money from the gas tax? Well according to a 2008 article in Reader's Digest, the government wasted and mismanaged over $1 trillion of its $2.9 trillion dollar budget. From this statistic, we can assume that over 33% of the gasoline tax would be mismanaged and wasted as well. I believe I can do a better job of handling my own money and making my own personal decisions than the government and certainly better than Dan Akerson.

I would like to see Dan Akerson put down the "Idiots guide to Social Engineering" and get back to making cars.