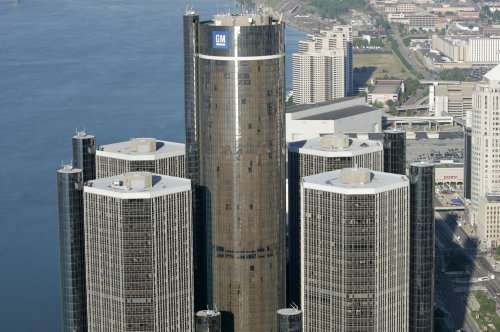 After selling some 200 million shares back to General Motors last month, the US Federal Government has taken the first steps to sell off the remaining 19% of GM common stock owned by the Treasury Department that the feds received as repayment for the bailout loans of 2009.
Advertisement

The US Government has announced that they have secured the help of two financial firms - JPMorgan Securities and Citigroup Global Markets – to sell off the remaining 300 million shares of General Motors common stock. This figure accounts for an ownership of roughly 19% but if the feds are able to proceed as planned, the US Government will be rid of its ownership of GM within the next 12 to 15 months.

General Motors purchased 200 million shares from the Treasury Department last month at a price of $27.49 and since then, things have continued to improve for GM in both the automotive world and the stock world. When GM bought back 200 million shares in December 2012, they paid $27.50 a share which, at that time, accounted for an upcharge of 7.9% over the price of $25.49. Click here for more on GM’s Decemebr 2012 buyback of 200 million shares. Since then, the price of GM stock has risen up into the range of $29 per share so the positive upswing caused by GM’s repurchase of their own stock should have a strong positive impact on the bottom line impact to the government and the taxpayer. This increase can be attributed to investor confidence in the company as they wrestle themselves free of Government oversight while the influx of popular new models and gradually increasing sales have continued to help GM’s stock price rise.

To avoid causing any disruption to either the stock market as a whole or to GM’s stock value, the government will sell of its ownership in General Motors gradually over the next year or so. Based on the increase that we saw when GM bought back stock last month – and provided that the US Government has a plan that will effectively introduce these 300 million shares in a manner that has a continued positive impact on the price – the feds may make more money back from the GM stock as we get further into the selling process.

This comes as good news to General Motors and to those who disapprove of the US Government owning a massive chunk of a publically traded company but the bad news for the critics is that the Government will almost certainly take a massive loss on the bailout loans. GM borrowed $49.5 billion dollars and without an absolutely massive increase in the price of GM stock – feds are going to take a fairly substantial loss on those loans. For the US Government to break even on the total value of GM’s bailout loan, those 300 million shares would have to sell for almost $70 per share. At the selling price that GM paid last month, the remaining 300 million shares would bring about a total loss of some $13 billion dollars. That number will continue to drop as the price of GM stock goes up and with the increase seen when GM repurchased stock last month, there is a chance that the price could reach the IPO price of roughly $33 per share.

However, unless GM manages to reinvent the wheel or invent a car that runs on good intentions – the price of GM stock isnt likely to get anywhere near the value needed for the US Government to break even on the bailout loans. The Obama administration is quick to point out that while the Federal Government and the taxpayers will technically take a massive hit from the bailout loans, the positive impact on the American economy as a result of these massive loans was the core of the economic recovery over the past few years.

Joe Eckstein wrote on January 22, 2013 - 8:07am Permalink
I'm going to call this an Anti-Trust issue. Neither of those banks are solvent. They need to open up the market to smaller banks who wish to participate in the sale of shares. I hope someone contacts the Michigan Attorney General with this issue.
Anonymous wrote on January 22, 2013 - 8:25am Permalink
" The Obama administration is quick to point out that while the Federal Government and the taxpayers will technically take a massive hit from the bailout loans". Then WHY are we selling now??
Anonymous wrote on January 22, 2013 - 4:42pm Permalink
Whoopee ... It's still not known how much the investment will end up costing taxpayers in the end. Last month's sale of 200 million shares at $27.50 a share – a premium to the market price – brought in an additional $5.5 billion, but even if the remaining shares were sold at that price, it would still mean a $12.6-billion loss on the GM investment. (USToday 1/22/13) God protect us from Obama!