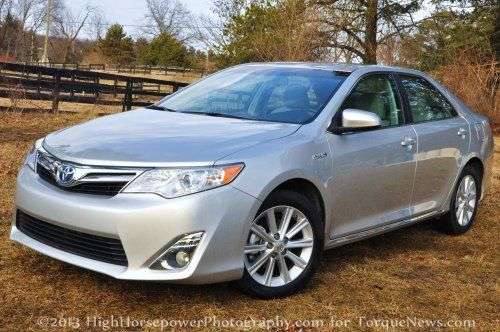 The National Highway Traffic Safety Administration has announced a recall of select Toyota models including the Prius, the Camry, the Corolla and many more over a concern that the airbag system may be incorrectly calibrated – although the specifics of this new recall have kept the number of vehicles actually recalled to a relatively low figure of just 3,235 vehicles.
Advertisement

The new Toyota airbag system recall pertains to a variety of vehicles including the popular Camry, Corolla, the Highlander, the Prius, the Tundra, the Tacoma, the Sienna, the Highlander and more. These vehicles have a passenger side occupant airbag detection system that may not be calibrated properly so in the event of an accident – the passenger side airbag might not open in a proper manner depending on the passenger’s side and seating position.

The vehicles included in this new Toyota airbag recall are limited as the 3,235 cars, trucks and sport utility vehicles affected were all sold by Southeast Toyota Distributors. SET, as it is better known around the industry, oversees a large group of dealerships in the southeastern states from a campus-style headquarters in Florida. Along with receiving vehicles that will later be delivered to dealerships in the various regions, SET has a large shop that adds accessories to the vehicles prior to sending them to dealerships. Among the items that SET can apply to a vehicle are things like higher end infotainment systems, fog lights, seat heaters, unique leather seating surfaces and rear entertainment systems – with the last three being somewhat responsible for this fresh Toyota recall.

Unfortunately, it seems that in some cases, when the workers at Southeastern Toyota installed unique leather seats, heated seats and rear DVD systems that are mounted in the front seat headrests without testing the passenger’s side airbag calibration after the work was performed. Since the passenger airbag system was not tested, the calibrations may not be adjusted properly and that could lead to the airbag not opening in the proper way – or possibly not opening at all. Luckily, since this recall can only pertain to those vehicles with these features that were added on before heading to the dealership, the number of vehicles is very low relative to the number of the affected vehicles sold over the past few years. Only 3,235 vehicles had these features installed without being tested and on top of that – there is no guarantee that the air bag system will not work; the company just cannot be sure that the system will work properly so they are making the quick call to get them back into dealerships. There is a full list of the affected vehicles below.

The NHTSA expects that this Toyota airbag recall will begin later this month (January 2013) at which point the owners of these 3,235 vehicles will be contacted and asked to return to their local Toyota dealership. Once there, a technician will run a diagnostic test of the occupant detection sensors and, in necessary, the system will be recalibrated to the proper specifications. This will ensure that the passenger side airbag will open as intended.