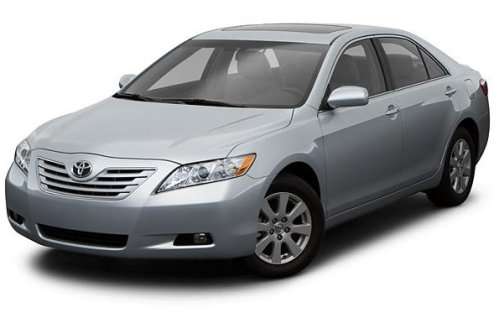 Toyota knew of window switch failures years ahead of recall

In the wake of Toyota’s massive recall issued yesterday that will bring over 7.4 million vehicles back to dealerships for repairs around the world comes some controversy that the Japanese automaker knew about the troublesome window switches at fault for this new recall some 5 years earlier – news that could draw the attention of the US government.
Advertisement

According to a variety of sources, documents filed by Toyota with the National Highway Traffic Safety Administration pertaining to the new power window switch recall indicate that the first incident relating to this recall was reported in September 2008 in the US. This early complaint stated that there was heat damage along with an unusual odor coming from the power window switch and after the part was replaced, Toyota returned that component to the supplier to be looked over but no problem was found so the automaker dropped the investigation into that particular case.

Fast forward to May 2010 and Toyota finds that they are receiving more complaints about the “sticky” driver’s side power window switch along with issues of heat damage. Unlike the 2008 complaint, these new complaints in 2010 indicated that there was smoke coming from the switch as well and at that point – Toyota launched a full internal investigation into the problem.

Toyota then spent the next two years trying to figure out what was causing the problem that lead to the overheating and smoking window switches with the solution coming in August of 2012. Toyota found that the manufacturer of the power window switch, Tokai Rika Co, had changed the way that they lubricated the window switch during manufacturing – transferring from a spray-on lubricant to one that squeezes on instead. The problem was that this new squeezed-on lubricant could have been applied unevenly and over time, that leads to the grease no longer being effective. Once the grease has stopped doing its job, the window switch would become “sticky” in its movement. The bigger problem was that when owners took these Toyota and Scion vehicles to dealerships or other mechanics to have the issue checked and repaired, technicians were applying a traditional lubricant to fix the sticking switches and Toyota found that the improper grease could actually lead to a fire in the door panel. Since the cause of the fire risk was found to be caused after production, they ruled that portion of the problem to be "external factors." It should also be noted that the manufacturer of those troublesome window switches changed their methods of lubrication in 2010; effectively putting an end to the problems on new vehicles from there on out.

Once Toyota had discovered the root of the problem with these power window switches, they opted to conduct a “customer satisfaction campaign” which allows customers with vehicles facing this problem to have the problem fixed free of charge. They did this rather than a full recall citing that the external factors were at fault for the real safety risk and while the sticky switches were annoying – it was the aftermarket lubrication that was causing the excessive heat and smoke. However, it seems that Toyota spoke with the NHTSA about their findings on this matter and after that discussion, the Japanese automaker went ahead and issued a voluntary recall of roughly 2.5 million vehicles in the US along with another 4.9 million around the world.

Toyota points out that they were actively investigating the situation from 2010 to 2012; trying to find out what exactly was causing the overheating problem with these window switches. However, some are questioning whether this is another case of Toyota taking too long to issue what amounts to a massive global recall. That was what got Toyota in the most trouble with the US government a few years ago when it was found that they had known about problems with vehicles that were costing people their lives with the accelerator assembly/floor mat recalls. Unlike those unintended acceleration recalls a few years back, which led to millions of dollars in fines for their slow action in recalling the vehicles affected by the dangerous throttle problems, Toyota appears to have been very open about their investigation and recall proceedings in this case. While it will be up to the NHTSA whether or not Toyota reported this problem and recalled the vehicles in a timely enough fashion for the US government is likely something that we will hear more of in the near future – it does make sense that Toyota was having a hard time locating the cause of the fires in this power window switches.

In conjunction with the recall of over 2.5 million Toyota and Scion vehicles in the US along with another 4.9 million globally, Toyota has issued an announcement asking that owners do not try to fix this problem themselves. (click here for more on that statement) The proper lubrication process requires a special fluorine grease and use of basic “part store” grease could both be ineffective in helping the switch to operate properly but it could also lead to a fire inside the door.

The Toyota and Scion power window switch recall is expected to formally begin later this month.