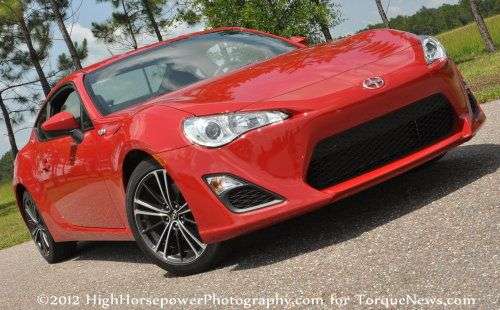 The new Scion FRS and the Subaru BRZ have hit the market with instant popularity but the internet is abuzz over an engine idle problem that the two automakers claim is caused by a “software bug” related to the variable valve timing system – with the two companies taking differing views on how this problem needs to be fixed.
Advertisement

The Scion FRS and Subaru BRZ are both equipped with an engine control unit (ECU) that is designed to adapt to the driving style of the new owner during the first 100 miles or so. This system pays close attention to a variety of input parameters such as throttle input to alter the engine operation to optimize both performance and efficiency. Unfortunately, it seems that this system is running into an issue where, once the driver’s habits are learned by the ECU, pushing the car beyond a range of the predetermined parameters can cause the engine controller to get confused.

Basically, if the owner of the Scion FRS or Subaru BRZ drives like a little old lady most of the time and then begins to hammer on the car at a track day or something – the ECU may be pushed out of the parameters of what was learned during the first 100 miles. When this happens, the FRS or BRZ may run or idle rough as the ECU works adjust to the new driving conditions and in the worst case scenario, the Toyota or Subaru sports coupe could stall when the ECU is out of the normal range. When this problem occurs, the check engine light will illuminate with the code P0019 being the cause on diagnostic equipment.

Toyota intends to fix the problem with the Scion FRS by reflashing the ECU so that it can adjust to a wider range of parameters once the initial learning process has been set – provided that the vehicle is within the first 100 miles. If the vehicle has more than 100 miles on the odometer, Toyota expects that the dealership will replace the ECU with one already programmed with the new parameters intact. Interestingly, Subaru does not believe that replacing the ECU is necessary regardless of the mileage on the vehicle. A Subaru spokesman insisted that the problem is in the coding and not in the ECU itself so the problem can be fixed simply be reprogramming the engine control unit.

The good news is that vehicles delivered to dealerships since mid-August already have the proper engine control program installed so new Scion FRS and Subaru BRZ owners shouldn’t have any problem. However, for those who have already purchased their FRS or BRZ who have experienced the problem – the repairs have gone far beyond a reflash of the ECU.

According to Automotive News, some owners of the Subaru BRZ and Scion FRS have had to replace engine components like the VVTi cam gear, the oil control valve, camshaft bearing, camshaft gears, and camshaft position sensors. Making matters for those owners worse is the fact that many of these items are on backorder so the problem isnt getting fixed in much of a rush. Also, some of those owners still facing these problems have already had their car to the dealership for the recommended ECU reflash or replacement – with no change in the problem.

I have had the pleasure of spending a few miles behind the wheel of a new Scion FRS and it was a fantastic, fun car to drive but engine idle and stalling issues in a sports car (or any car) is a good way to turn off enthusiasts…and enthusiasts are a major driving force in the sports car market. Let’s hope that Toyota and Subaru collaborate to get this problem fixed quickly.