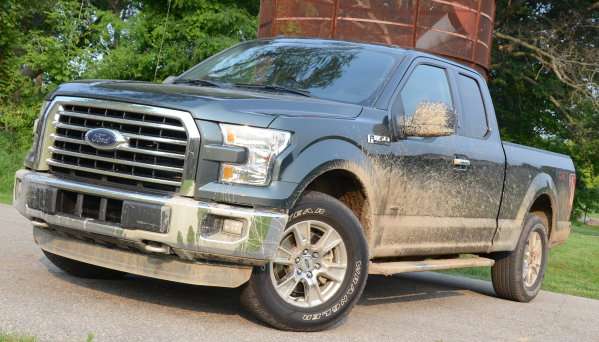 Now that Ford Motor Company has handled the supplier issues and gotten up to full speed with the production of the 2015 F150, the automaker is offering as much as $10,000 off of a new half ton pickup in order to get sales numbers up through the summer months.
Advertisement

Ford Motor Company continued to be a leader in the pickup truck market by introducing the 2015 Ford F150 with a lightweight aluminum body and while some people questioned the use of aluminum on a full size truck body, the new F150 has proven to be just as successful as the automaker had expected. In fact, the early demand exceeded the production capabilities, which led to a backlog of orders which was only worsened by a supplier issue.

Fortunately, those backlogs and other issues have been ironed out, and Ford is nearing their ideal inventory size for the new F150. They still don’t expect to be fully stocker until September, but they have enough trucks on lots to begin offering incentives on the new F150 and the first batch of incentives is a very serious one – with some areas and trimlines carrying incentives as high as $10,000 off of a new truck.

Production Issues Slow Early Sales
While the 2015 Ford F150 got some unnecessary bad press when it was first introduced due to the implementation of the lightweight aluminum body panels. Fortunately, the consumers saw through that and shortly after the new F150 went on sale, the company was unable to meet the demand for the new truck with just one plant building them. Due to the continued popularity of the 2014 F150, Ford had continued to build the previous generation half ton pickup at the Kansas City plant while transitioning the Detroit plant to build the new F150.

Once the Detroit plant was up and running at full capacity, the preparations began to build the 2015 F150 at the KC plant, but during that time where only one plant was building trucks, orders backed up and prospective buyers held off for their ideal new Ford truck. Once the Kansas City plant got to building the new F150, it seemed as though the production delays were finished – only to run into a frame shortage that further slowed things down.

However, the Motor Company has moved past all of the issues and delays, with new F150 pickups being widely available in pretty much every color, configuration and trim line at every dealership in the country. In an effort to make up for the lost sales over the past few months, Ford has rolled out some aggressive incentive packages on the new half ton truck, giving buyers in some locations the chance to save just over $10,000 when buying a 2015 Ford F150.

Discounts Vary by Location, Trim line
As it always the case, these buying incentives for the 2015 Ford F150 vary by both location and the exact truck, but according to the Ford website, buyers can save as much as $10,029 in some areas. The largest incentive discounts right now apply to the F150 XLT with the SuperCab configuration and four wheel drive, along with either the Chrome Appearance Package or the XLT Sport Package.

It is unclear which regions around the United States get the biggest discounts on the 2015 F150, but if you have been seriously considering buying a new half ton Ford truck, right now could be a very good time to check the available incentives in your area.