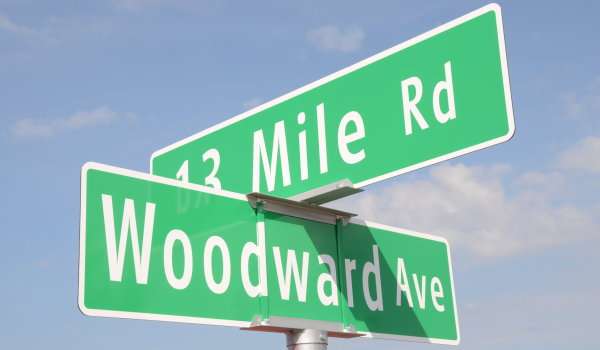 Ride in the Hellcat Charger, Challenger at the Woodward Dream Cruise

Those folks coming to the 2015 Woodward Dream Cruise in Detroit will have a chance to go for a ride in the Hellcat Charger, the Hellcat Challenger or the Dodge Viper along with checking out the full range of new company vehicles – and it is all free.
Advertisement

If you have never been to the Woodward Dream Cruise in Detroit, it is far, far more than your average car cruise. The Dream Cruise stretches for miles along Woodward Avenue, crossing through a collection of towns – all of which have their own special events around the big day. The Chrysler Group has one of the biggest displays, situated at the corner of Woodward Ave and 13 Mile Road, with a gigantic parking area filled with new and classic Chrysler Group vehicles, activities for the whole family, a look at the hottest Mopar performance parts and more – all for free.

At the 2015 Woodward Dream Cruise, the Chrysler Group is taking their display to the next level – allowing fans to ride in some of the most powerful cars sold in America. Dodge boss Tim Kuniskis knew that people loved getting to sit in the Dodge Viper in 2014, but he knew that letting the fans ride in the Viper would prove to be an even bigger deal. Also, he didn’t stop at the Viper, adding the Dodge Challenger SRT Hellcat and the Dodge Charger SRT Hellcat to the ride along program lineup, allowing fans to experience the 707 horsepower Challenger and Charger, along with the 645 horsepower Viper.

Hellcat, Viper Ride Along at Woodward
At the 2015 Woodward Dream Cruise, visitors of the Chrysler Group display at the corner of 13 Mile and Woodward Ave can sign up and line up to ride with a professional driver in the Hellcat Charger, the Hellcat Challenger and the Dodge Viper. There was a similar program at the LX Spring Festival in California and if this program is similar, fans will get to experience the acceleration forces of a short drag race followed by a quick drift as they head back to the starting line. The ride is short, but having had the pleasure to drive all of these vehicles myself, I can promise that fans will love every second of their ride in the Hellcat cars or the Viper.

This program is free, likely only requiring you to sign up with your name and email address, but with so many people headed to the Woodward Dream Cruise, we can expect that this ride along program will be very popular – and very crowded. With that in mind, I would recommend that someone who is dead set on getting their ride in one of the high performance Dodge products get there as early as possible on Saturday, August 15th to sign up and get in line.

High Performance Tug-O-War
In addition to the ride along program and all of the “normal” displays at the huge Chrysler Group area of the Woodward Dream Cruise, there will be a tug-o-war battle between the Hellcat cars and the Dodge Viper. Details on that are limited, so I’m not sure if it will be Hellcat against Hellcat and Viper against Viper – or some combination of the three – but watching a couple of 707 horsepower cars trying to drag the other away should lead to an absolutely epic burnout competition.