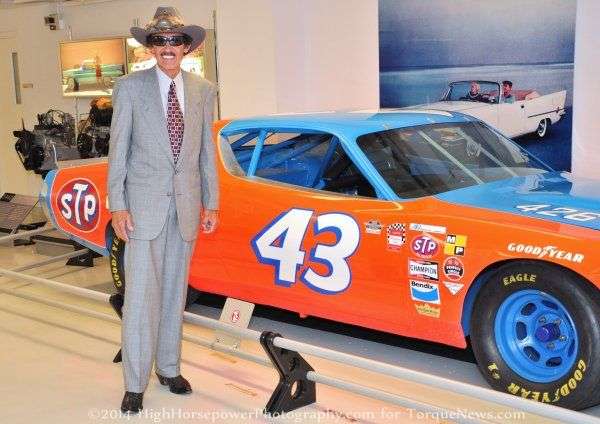 Richard Petty: Danica Will Only Win a Race if No One Else is Racing - and He's Probably Right

Danica Patrick has made big news by becoming the first woman to race regularly on the NASCAR Sprint Cup circuit but Richard Petty (NASCAR’s winningest driver of all time) doesn’t think that Danica will ever win a race – unless she is the only driver in the race.
Advertisement

While appearing at the Canadian Tire Expo, Richard Petty was fielding a variety of questions when he was asked if he thought that Danica Patrick would win a race at the NASCAR Sprint Cup level. According to Wheels.ca, Petty answered quickly that she could only win if “everybody else stayed home”. In other words…the winningest driver in NASCAR history doesn’t think that Danica Patrick could win a race at NASCAR’s highest level unless there were no other cars on the track.

Later in the discussion, Richard Petty had some nicer things to say about Patrick but they weren’t nice enough to calm down all of the furry-legged feminists who will be outraged by his comments. They weren’t compliments for the unsuccessful yet unquestionably sexy driver but more of compliments of what she has done for the sport.

“If she’d have been a male, nobody would ever know if she’d showed up at a race track,” said King Richard. “This is a female deal that’s driving her. There’s nothing wrong with that, because that’s good PR for me. More fans come out, people are more interested in it. She has helped to draw attention to the sport, which helps everybody in the sport.”

There is no question that Danica Patrick gets more media attention than any driver who has been as mediocre as she has been since entering the world of NASCAR racing. Patrick started 36 races in 2013 and it looked like she might be the real deal when the grabbed the pole position in the Daytona 500 and she finished better than many expected in the 8th position. However, the rest of the season was much worse with an average finishing position of 26th, five races where she failed to finish at all due to a crash and a final championship position of 27th. Even though she was towards the back of the field for much of the season, Patrick was a hot topic while drivers who finished better went unknown because – well – because they are gorgeous women.

While there are most certainly people who will scoff at Richard Petty’s comments and cry about how his comment was sexist or degrading of women or some such nonsense, in all reality The King only said what so many other people are thinking. Danica isnt the first woman to race in NASCAR and while she is really the first full time female driver, she is the best looking female driver to ever run NASCAR and that is why the media loves her. If Danica Patrick was 120 pounds heavier, had a huge gap in her teeth and a five head (you know…like a forehead but much bigger) – if Danica didn’t look incredible in a bikini - no one would have ever given her a second look at the NASCAR ranks with a season like the one that she posted in 2013. Fortunately for Patrick, she is gorgeous and she does look great in a tiny bikini so she is a media sensation….a media sensation who the winningest driver in the sport’s history does not think will win a race unless no other drivers show up to race.

Maybe Danica Patrick will prove Richard Petty and so many other skeptics wrong …or maybe Danica will continue to stink and as a result she will do another well publicized bikini photo shoots to preserve her relevance. I look forward to the latter but in the history of NASCAR, far worse drivers have won races so there is hope for Danica yet. A great many bad drivers got lucky with something like a big crash that took out the regular front runners or maybe rain hit during a stretch of pit stops while they were at the front of the field. Lots of strange things can happen so there is likely a chance that Danica could win sooner or later and she probably wont need every driver to stay home...just most of them.

Tim MacKenzie wrote on February 11, 2014 - 7:07am Permalink
Danica looks great for a professional driver, but she is no supermodel. She would not be noticed in the fashion world or hollywood as special.