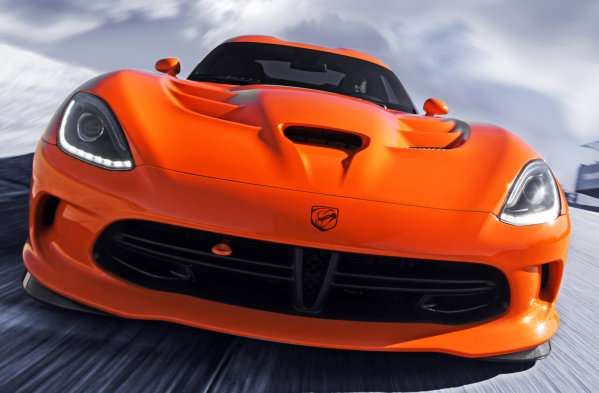 The Refreshed Dodge Viper SRT Should Be the New Roadster

The Chrysler Group has promised that the new Dodge Viper SRT coming in 2015 will be refreshed and with the SRT Viper being practically brand new, it has left many people wondering what the 2015 refresh might hold – and I think that it will bring about the introduction of the newest Viper convertible or roadster.
Advertisement

The current generation of the mighty Viper is known as the 5th generation and this iteration – being the first known as the SRT Viper – was introduced for the 2013 model year. Through the first couple of years of sales, the SRT Viper hasn’t performed as well as the company had hoped so as part of the company’s effort to define the Chrysler Group brands, the Viper will once again fold back into the Dodge brand. The SRT name will still appear on the “new” Dodge Viper (presumably as a trimline designation like the older SRT10 models), but for marketing purposes the mighty Mopar supercar is once again a Dodge.

With the reintroduction of the Viper to the Dodge brand, the Chrysler Group has promised a refresh during the 2015 year. Whether the refreshed Viper is introduced as a 2015 or 2016 model year vehicle, the 5th generation of the supercar is incredibly young for a refresh. After all, the Viper has an incredible drivetrain, a beautiful exterior design and a world class cabin that can stand toe to toe with the best European exotics on today’s market so what could they possibly refresh?

I believe that the “refreshed” Dodge Viper SRT in coupe form will look pretty much identical to the SRT Vipers on sale today with the exception of maybe some new Dodge badges here and there. I also believe that the true bulk of the refresh for 2015 will come in the form of the introduction of the newest topless Viper. Whether they will call it the Viper convertible or the Viper roadster remains to be seen, but after three years of no drop top Viper in the company lineup – I truly believe that the return to Dodge for the Viper will include a return to open air motoring for the 640 horsepower Mopar supercar.

In short, when the Chrysler Group has introduced “refreshed” versions of the Viper over the past 20 or so years, they have often introduced changes that really didn’t make the vehicles all that much different from the previous model years. In much the same way, I fully expect that the 2015/2015 Dodge Viper SRT will pack the same powerplant, the same styling interior and the same wicked exterior design – and the actual refresh will center around the introduction of the newest Viper roadster.

The company has said that this refreshed Dodge Viper SRT will arrive sometime in 2015 and based on recent trends, I would expect that we will see the new topless Viper either at the 2015 North American International Auto Show in Detroit or at the 2015 New York International Auto Show in the Big Apple. Needless to say, if any other information surfaces between now and then – you can be sure to find it right here on TorqueNews.com.