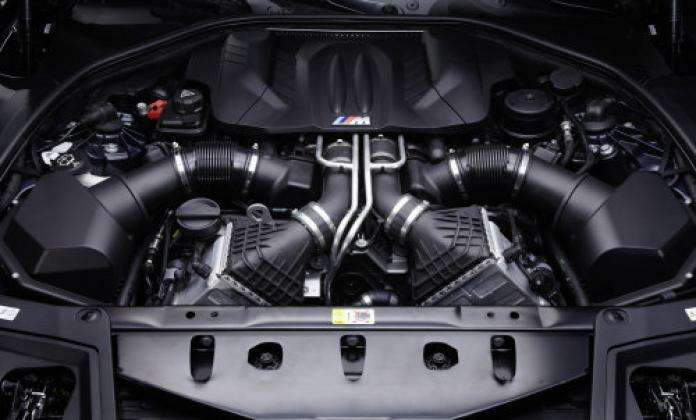 The National Highway Traffic Safety Administration and the folks at BMW have announced a recall of select high performance BMW M5 and M6 models over a concern that the oil pump assembly could fail – leading to a condition that the NHTSA refers to as “complete engine failure”.
Advertisement

TorqueNews brought you the news in September that the German automaker had informed dealerships to stop selling the 2013 BMW M5 sedan, the 2013 M6 Coupe and the 2013 M6 Convertible over a concern about the engine oil pump assembly (click here for a look at the original stop-sale announcement from BMW).

After an internal investigation, BMW has discovered that those 2013 M5 and M6 models built between July 19th 2012 and September 11th 2012 are equipped with an engine oil pump that may fail due to a manufacturing process. In some cases, the oil pump’s drive shaft can come free of the rotor that moves the oil through the system and when that happens – the high performance twin turbocharged V8 engine will be starved of lubricating engine oil. Once the oil stops circulating, it will not be long before the engine quickly overheats and unless the vehicle is parked immediately – running the 4.4L V8 dry of oil could lead to complete engine failure. Having the engine die while driving could leave a car powerless in traffic and therein lies a safety risk that is at fault for this safety recall.

While the news of the 2013 BMW M5, M6 Coupe and M6 Convertible surely comes as frustrating new to those included in this recall, the discussions around the internet about this problem showed that owners were more upset about the fact that seemingly nothing was being done. No high performance car owner wants to face any issues that lead to premature engine failure so owners should be happy that BMW has acted quickly in recalling these pricey models to be sure that there are no more engine failures due to a failing oil pump.

BMW will begin contacting the owners of the 696 2013 M5 and M6 vehicles potentially affected by the engine oil pump failure, although many of them were contacted last month by their local dealership at which time they were asked to park the car. Reports indicated that dealerships were sending flatbed trucks to pick up the affected vehicles rather than asking owners to drive them to dealerships. While it is probably frustrating to these owners to see their gorgeous German sports car loaded onto a flatbed – it is less frustrating than blowing an engine on the way to the dealership to find out why your oil pressure light keeps popping.

Owners who have not heard from either BMW or their local BMW dealership can contact BMW at 1-800-525-7417. Based on the severity of this recall, I would recommend that 2013 BMW M5 and M6 owners check with their local dealership to make sure that their car is not included in the recall before making any assumptions that could lead to a blown motor.

The BMW S63TU twin turbocharged 4.4L V8 is awesome and it has to be hard NOT to drive a car powered by this engine if you are fortunate enough to own one but a BMW S63TU twin turbocharged 4.4L V8 without oil pressure is about as un-awesome as it gets. Good call by BMW to get these cars back to address the issue as a car made to be driven hard certainly doesn't need to be dealing with oil delivery issues.