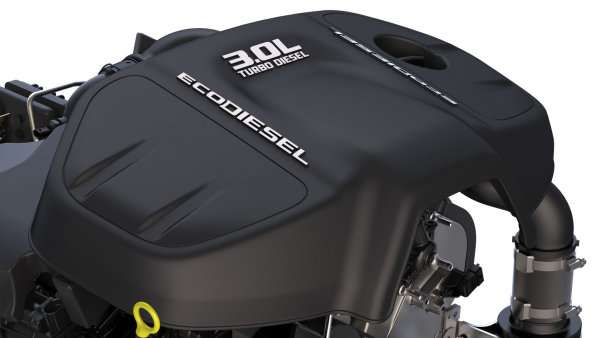 While the 3.0L EcoDiesel V6 is available in the Jeep Grand Cherokee, this clean diesel has become best known for its efforts in the Ram 1500. This engine makes the Ram 1500 the most fuel efficient option in the half ton segment, but it does so without compromising the working capabilities expected of a modern diesel truck.

For the 2016 model year, the engineering team behind the EcoDiesel program tweaked the engine a bit and as a result, the 3.0L V6 is improved for the Ram 1500 and the Jeep Grand Cherokee.

"The 3.0-liter from FCA was one of three diesels in pickup trucks we tested this year for Wards 10 Best Engines, and we expected a tough fight among them all,” said Tom Murphy, executive editor Ward’s Auto World. “But the Ram 1500 proved superior and continues to impress us with ideal measures of power, torque, refinement and luxury-car smoothness.”

The 2016 EcoDiesel Jeep and Ram 1500
The 2016 Ram 1500 EcoDiesel has the same fuel economy ratings as the 2015 models, but the 2016 models have received some changes that you cannot see – but you should be able to feel. The engineers have adjusted the fuel delivery system for improved combustion (although they don’t clarify whether or not that improves tailpipe emissions, since it doesn’t improve MPGs) and more importantly, they have adjusted the throttle controls for an improved driving experience. The 2016 Ram 1500 EcoDiesel with 240 horsepower and 420lb-ft of torque will offer 21mpg around town, 29 on the highway and 24 combined.

The 2016 Ram 1500 is promised to have better acceleration from a stop along with better midrange acceleration, as when rolling into the throttle to pass someone on the highway. These characteristics should carry over to towing, making a great towing truck even better for the 2016 model year.

The announcement on the changes for the 2016 EcoDiesel V6 seems to focus on the Ram 1500, but it mentions the Jeep Grand Cherokee as also having this engine, so the popular SUV should also benefit from these improved accelerations characteristics.
Having driven and loved both the Ram 1500 EcoDiesel and the Jeep Grand Cherokee EcoDiesel, I cannot wait to drive them with even better low and midrange performance.

“We are never content to rest on our laurels, so our engineering team worked overtime to make a great engine even greater,” said Bob Lee, Vice President and Head of Engine, Powertrain and Electrified Propulsion Systems Engineering, FCA North America. “For model-year 2016, customers who choose our 3.0-liter EcoDiesel V-6 will experience more of the attributes they were seeking when FCA US became the first automaker to equip a light-duty pickup with clean diesel technology.”