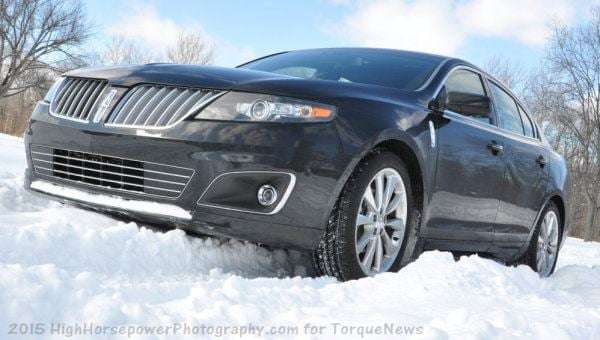 There are a handful of memes going around Facebook suggesting that drivers take special measures to prepare their vehicles for winter weather, but many of these measures are dangerous to everyone on the road. With that in mind, we bring you this quick public service announcement.
Advertisement

Coming into the winter weather season, there are most certainly measures that every driver can take to make sure that their car, truck, or SUV is better prepared for the cold, ice and snow. Extreme cold temperatures can expose issues with the vehicle’s cooling system and electrical system, so a cooling system flush with new coolant and a quick check of the battery is a good idea heading into winter – especially for older vehicles which haven’t been checked over in a while.

Also, it is a good idea to take a closer look at your tires, as aging tires can make a bad situation even worse should you get caught in heavy snow or ice. If you live in an area that gets much snowfall, proper snow tires are always the best idea, but if you are running on all-season tires – it is a good idea to check the tread wear before your first battle with the snow.

The problem is that while most drivers know that there are measures that can be taken to ensure a smoother winter drive, not all drivers know what they should to do their vehicle heading into winter. Some of those people turn to Facebook and, unfortunately, when they come across advice posted as a joke – often in the form of a meme – they don’t know that it is bad advice.

The issue is that in some cases, the ideas offered as jokes might make sense to someone who really doesn’t know any better. I recently saw a service order from a car dealership where a customer had brought their vehicle in complaining about braking problems. It turns out that this person read on Facebook that putting antifreeze in their brake fluid reservoir would help to prevent the brake fluid from freezing when the temperatures dropped. To someone who doesn’t know any better, it seems reasonable that brake fluid could freeze. The engine needs antifreeze, so why not the braking system right?

To someone who knows better, it seems completely absurd, but to someone who doesn’t know well enough than to avoid advice from a Facebook meme, it seems like a piece of useful information. However, putting antifreeze in the brake fluid can and will cause problems, creating a dangerous situation when the driver is suddenly unable to stop as expected.

Some other bad information being passed around Facebook includes putting drywall screws in the tread of your tires to get better traction on ice and putting antifreeze in your windshield washer fluid to help clear the windshield more quickly. For those unsure, antifreeze is oil-based, so if you were to spray it on your windshield, it would smear around and make a mess of the glass.

While many drivers want to save a buck, the best choice is to take your vehicle to a trusted mechanic for a quick once-over before the harshest of winter’s weather is upon us. If you don’t have a trusted mechanic, do more homework than just reading memes on Facebook – as it could save your life and the lives of others on the road around you.

Above all, don’t do anything to your vehicle that you read about on Facebook before checking with someone with some mechanical experience. Even something as simple as asking a “car guy friend” on Facebook would have saved the person with the antifreeze in their brake lines hundreds of dollars in pointless repair fees.

Brian Smith wrote on December 1, 2015 - 12:59pm Permalink
if somebody really takes those memes to heart, they do not need a driver license or a car. i don't think i have actually ever encountered somebody who would actually believe those memes. i would be more wary of crooked mechanic shops selling stuff that is uncalled for.
Patrick Rall wrote on December 1, 2015 - 1:43pm Permalink
Honestly, I didnt either. I figured that the stories we read on Facebook were all nonsense, but in the past week or so, I have seen a few dealership service tickets from people doing things like antifreeze in the brake fluid or in the windshield washer fluid.
Robeo wrote on December 7, 2015 - 6:58pm Permalink
I am 54. Owned car dealerships for 20 years. FYI a little antifreeze in the windshield keeps the container from freezing. I thought I invented that. Changing out summer air in your tires; so during the winter the tires don't expand had me wondering. My point is, some of the posts seem like good ideas. Even experienced people could try it. Although posted in good humor, we should flag them.
sam hain wrote on December 1, 2015 - 1:12pm Permalink
Dumbasses. If people believe what they see and read on the facebook, then they are idiots and deserve what happens.
Lol wrote on December 1, 2015 - 4:58pm Permalink
Thanks buzzkillington
Jamie wrote on December 2, 2015 - 1:12am Permalink
Thank you for doing this. I am part of a facebook group where I live and people are there go so far as to make fun of others. I feel sorry for the people who fall for this. New drivers do not know any better unless they were raised by someone who knows what they are doing. My grandfather and I would work on his truck and he would teach me things for the day I got a truck.
Yourmothas bf wrote on December 2, 2015 - 11:17pm Permalink
The person who wrote this is a idiot. Washer fluid and antifreeze are the same for the most part , since a/f is added to detergent & distilled water to make washer fluid. Theoretically you could use a/f diluted with water in place of washer fluid in a emergency and that's all you have with you, type of situation (ie. A blizzard)
St jimmy wrote on December 4, 2015 - 10:14am Permalink
We call this "Natural Selection"