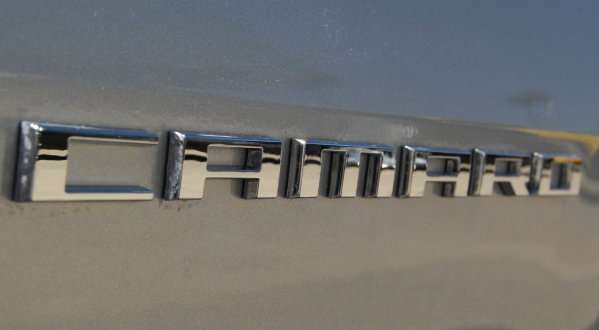 Predictions on How GM Will Roll Out the 2016 Chevrolet Camaro

The next generation Chevrolet Camaro is expected to arrive for the 2016 model year after a Detroit debut in January, but I don’t think that we will see any premium performance models until after the high volume models have hit showrooms – unless GM has a monster Camaro that will challenge Dodge’s Hellcat.
Advertisement

The introduction of the 6th generation of the Chevrolet Camaro for the 2016 model year is every bit as big of a deal as the 2015 Ford Mustang – both to the respective enthusiast of the model and to the industry as a whole. With the introduction of a new Camaro, the ongoing horsepower war in America rages on while buyers around the country benefit from the tight battle between the Camaro and the Mustang.

General Motors has done a remarkable job of keeping the details of the 2016 Chevrolet Camaro under wraps so while we have all talked about the 6th gen Camaro at length, next to nothing is known for sure about the newest muscle car. Lately, I have been getting quite a few questions about which models will carry on from the current generation Camaro to the next generation, what the drivetrain options will look like at launch and which models will be available when the 2016 Camaro first hits the market.

The 2016 Camaro Models at the Reveal
When the 2016 Chevrolet Camaro is formally introduced at the 2015 North American International Auto Show in Detroit, I expect that we will see the 6th gen Camaro in a base V6 form (presumably in LS and LT trim) and a V8-powered SS form. The 3.6L V6 should continue on as the base model engine while the SS should get the new 6.2L LT1 V8 from the C7 Corvette Stingray and both engines should come with your choice of the 8-speed automatic or the 7-speed manual transmission – just like the 2015 Corvette.

No Premium Performance Camaro at First
While I fully expect that we will see at least one premium performance Camaro at some point during the 6th generation (I know, and water is wet), I don’t think that we will see a new Z/28 or ZL1 when the 6th gen Camaro debuts in Detroit. I expect that GM will first focus on the high volume sales models, which will draw plenty of attention from the automotive community and the media alike. Once we have gotten our fill of talking about the 2016 Camaro in LS, LT and SS form, then we can expect to see a higher performance model – presumably something powered by the LT4 V8 from the Corvette Z06.

Unless There is a Hellcat Killer…
I don’t think that General Motors will roll out an ultra-high performance 6th gen Chevrolet Camaro in Detroit, unless they have a model that will trump the 2015 Dodge Challenger SRT Hellcat. I believe that we will see something like a 2017 Camaro ZL1 with the 650hp LT4 at some point, but if GM opts to tweak that motor or develop a new motor that will pack more than the 707hp offered by the Hellcat Challenger, they could steal some of Dodge’s thunder at the big Motor City show.

To summarize, I expect to see the 2016 Chevrolet Camaro coupe in LS, LT and SS form at the 2014 Detroit Auto Show with 3.6L V6 and the 6.2L LT1 V8. Look for the convertible to debut later next year in New York or Chicago with the same engine and transmission options while the first higher performance 6th gen Camaro should be revealed at the 2015 LA Auto Show or the 2016 Detroit show. Again, this is all based on what we have seen in the past and the rumors floating around the automotive water cooler. These expectations could be totally wrong and we will find out in about 3 months.

Greg wrote on October 29, 2014 - 4:03pm Permalink
Patrick, why are you adding to the "HP is everything" mantra? HP is not everything, and I think you should know that. A 650 HP ZL1 will be a kitty killer, no doubt - that is if you look at the car as a whole - which MOST enthusiasts do. With that said, unless GM breaks with tradition, ZL1 will not be released as a 16MY - regardless of a kitty killer or not. Don't get me wrong, I hope they do, but probably not.
Patrick Rall wrote on October 30, 2014 - 3:32pm Permalink
Right, on a road course, the a 650hp Camaro ZL1 should beat the Hellcat Challenger. However, GM is going to have a whole lot of work to do to get a 650hp Camaro to beat the Hellcat in the quarter mile and there is no disputing that a great many more modern Camaro and Challenger owners spend time at the drag strip than on a road course. Also, in a head to head battle on the street, handling doesnt come into play so once again - the Hellcat has the advantage that matters with significantly better straight line performance.
JasonT82 wrote on October 30, 2014 - 11:05pm Permalink
The new Camaro doesn't need 700 plus HP to beat the Hellcat. The current car weighs 650lbs less than Challenger and 6th Gen. is supposed to be lighter than the current model. Give the new ZL1 650HP and it will most likely be faster than the Hellcat.
Brett wrote on November 2, 2014 - 11:17am Permalink
Most likely ? Not even a chance. The camaro is sitting still compared to the Challengers styling and perfomance.Gotta hand it to Dodge they were true to the genre of muscle cars.
Chris wrote on November 26, 2014 - 8:22pm Permalink
The Camaro is faster than the Challenger. Power to Weight has a lot to do with that. to put it in perspective, my friend had a new 5th gen Ls3 back in 2010, i had a few bolt ons on my ls1 T/A i beat him in a race because i was lighter even though he had 50rwhp more than i did. If i weighed the same as him then i would not have won. Just because one car has more power doesn't mean they will always win.
Jeff Williams wrote on December 20, 2014 - 3:38pm Permalink
Regardless of what GM Does with the Camaro, or Ford does with Mustang and what Dodge has done to the Challenger. HP is overly overrated. Taking them a drag strip or road course is the only thing. On the streets, average everyday drivers these high horse power cars are not. Snow belt, Northeast. 3 Months of bad weather and mundane driving. You have 707 HP between redlights and in traffic jams.
Allen stollings wrote on February 6, 2015 - 9:49pm Permalink
I would but the 7.0 littler v8 in the Campari zl1 which would give it about 505 hours power but also slap supercharger on to and your prob be looking at around 750 hours power
George ZL1 wrote on January 14, 2016 - 12:56pm Permalink
The ZL1 will have LT5 LT4 over 700 hp more than corvette z06 comes to kill mustang shellby Gt 500 elephant hellcat