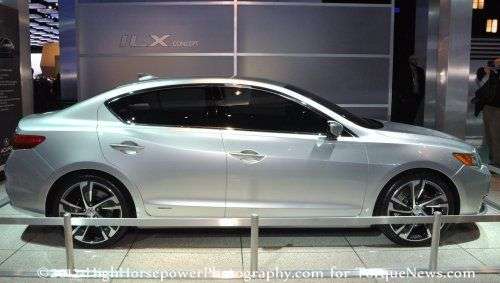 Honda announced today that they will be recalling the 2012 Honda CR-V and the 2013 Acura ILX over a concern that the inner door handle release cable could disengage – possibly allowing the front doors to suddenly and unexpectedly open on their own.
Advertisement

This new Honda recall pertains specifically to the 2012 Honda CR-V compact sport utility vehicle and the new 2013 Acura ILX compact sedan with a total of 321,453 vehicles affected worldwide. Here in the United States, this recall covers around 166,000 Honda CR-Vs and another 6,200 Acura ILX sedans.

In the 2012 Honda CR-V and the Acura ILX, it seems that if you pull the interior door handle while also activating the locking mechanism, either electronically or manually, there is a chance that the inner door handle release cable can become disengaged. The door might open as normal but when you get in and close the door, the disengaged cable can prevent the latching mechanism from securing the door all the way. As the vehicle begins moving, adding vibration and directional force to the door…there is a chance that it could suddenly swing open.

Honda will fix this problem by replacing both front door latch assemblies on the 2012 Honda CR-V and the 2013 Acura ILX along with replacing the interior latching assembly on select CR-V models.

No accidents or injuries have been reported as a result of the Honda CR-V or Acura ILX front doors opening on their own but having your driver’s door suddenly swing open - say when you are going around a long sweeping right hand turn on the highway – is certainly something that could distract the average driver. The combination of the sudden distraction from the door swinging open at speed and the act of trying to get the door closed while maintaining a proper speed/staying in your lane is a clear recipe for disaster so Honda is getting these vehicles back to dealerships for repair before anyone gets hurt. Also, those parents out there know how often they are trying to unlock the doors to let their kid into the vehicle while the child impatiently pulls at the door handle so the scenario that can cause this sudden door opening issue is not that unlikely to occur.

This new Honda and Acura recall is expected to formally begin in August when the company begins sending letters to the 321,453 owners around the world.

Aside from the financial impact of this recall, this safety issue could deter prospective buyers from purchasing the 2012 Honda CR-V or Acura ILX due to the recall. I have spoken with a variety of consumers who were shopping for a new car and they avoid specific models simply because they heard that there was a recall at one point. Even though the problem was addressed, they preferred to stay away from a vehicle that had a safety issue and in most cases – the consumer in question couldn’t actually recall what the problem was that caused the recall. Considering that the 2012 Honda CR-V and the 2013 Acura ILX are both currently on sale in the US, this recall could be a shot to American Honda’s sales figures with these two models. Luckily, the CR-V is incredibly popular so a few disinterested consumers won’t make much of a difference but for the new Acura ILX that is looking to make a splash in the luxury compact segment, this door latch recall could pose a threat to the model’s success.