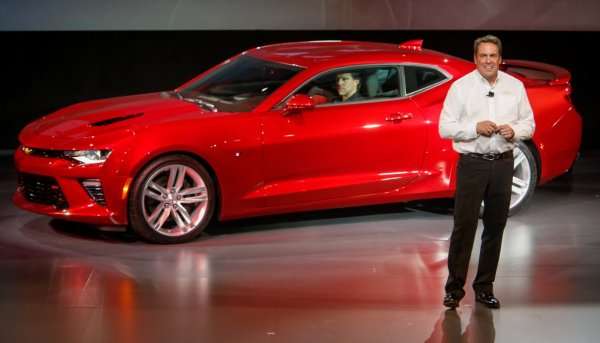 There has been a great deal of speculation as to when the 2016 Chevrolet Camaro would finally go on sale and according to the folks at CamaroNews, folks looking to lay some money down for the 6th generation Camaro will be able to do so starting on August 13th – meaning that Camaro lovers only have a few more weeks to wait.
Advertisement

Since before the 2016 Chevrolet Camaro was introduced, there has been speculation as to when the next generation muscle car would finally go on sale. I say “finally” because when the next generation Dodge Challenger and Ford Mustang were introduced for the 2015 model year, they both went on sale in the spring of 2014 so in comparison, the Camaro is a bit late to the game. The decision to introduce the 2016 Camaro so late in 2015 will lead to a shorter sales period for the new model but more importantly, it is leaving hopeful owners waiting.

A few weeks back, a rumor surfaced that the 2016 Camaro would go on sale and while that news led to a longer wait than many had hoped, at least it gave hopeful buyers a date to mark on their calendars. It now appears that those folks can highlight August 13th, as it seems to be all but official that the next generation Camaro is slated to go on sale on the second Thursday next month.

CamaroSix on Sale 8/13
Thanks to the folks at CamaroNews.com, it seems to be all but official that the 2016 Chevrolet Camaro will enter production on August 13th 2015, meaning that in just 24 days from now, you can head to your local Chevy dealership and lay down some cash on a next generation Camaro. Unfortunately, since this information is unofficial and there has been no word from the automaker, it is unclear whether all engines and configurations will go on sale on August 13th.

In the past, the Camaro coupe went on sale ahead of the convertible and with the first units being delivered as we head into winter in the United States, the company will likely hold off on convertible orders, but the coupe will almost certainly be available with all three engines starting in the middle of next month.

No Word on Production
So it looks to be just short of official that the 2016 Camaro will go on sale on August 13th, that only means that the order banks will be open and dealerships can begin sending orders from customers to the automaker. The information from CamaroNews seems to indicate that production will begin during the 4th quarter of 2015, so it could begin any time in October, November or December. There are rumors that production would begin about a week after the order banks open, but with the 2015 Camaro production continuing into November, it seems highly unlikely that the 2016 Camaro production would start as early as August.

I would expect that the first 2016 Camaro coupes intended for public consumption will be built in late September or early October with the first deliveries coming in October or November.