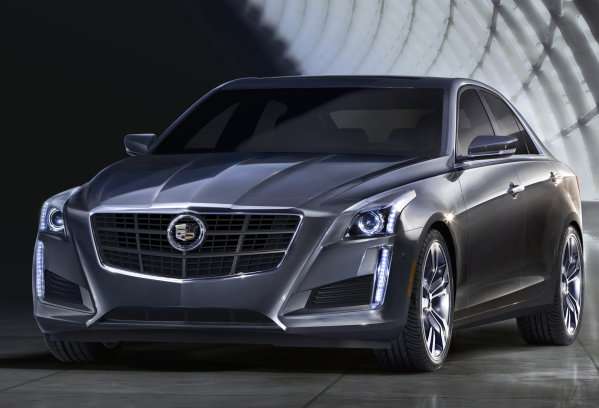 The jurors for the North American Car and Truck of the Year award have announced their short lists for each category - with 12 cars and 12 trucks or sport utility vehicles battling for the prestigious awards that will be announced at the 2014 North American International Auto Show in Detroit.
Advertisement

Back in late July, we brought you the long lists for the North American Car and Truck of the Year awards with 28 cars and 19 trucks and sport utility vehicles in that large initial group. As is the case every year, the jurors have taken that first list and cut each group down to just 12 nominees that will now be scrutinized to figure out which are the top three cars and the top three trucks/utility vehicles that will battle for the big awards that will be announced in Detroit next January. Click here for a look at the long list published back in July.

The North American Car of the Year long list saw the bigger cut with 18 vehicles ruled out of the balloting including some very impressive vehicles. Included in the “cut list” are names like the Cadillac ELR, the Maserati Ghibli, the Porsche Cayman, the Kia Soul and three different Mercedes Benz models. Even with three vehicles removed from the initial list, General Motors still has the most entries in the running for Car of the Year with three while Mazda has two vehicles in the running. However, even with multiple vehicles in the running, it wont be an easy win for General Motors or Mazda with some hot models like the new BMW 4 Series, the Jaguar F-Type and the new Lexus IS in the running.

Below is a list of the vehicles included in the North American Car of the Year short list followed by a list of those vehicles in the long list that did not make the cut to the next step.

The North American Truck/Utility of the Year long list was shorter so there were less vehicles cut to reach the short list but seven new models saw their hopes dashed as the NACTOY jury narrowed the list down to just 12 entries. Surprisingly, the short list saw the Ford Transit Connect (a name which won the award in the past both in North America and overseas) removed along with the new Ram Heavy Duty lineup – trucks which are capable of an industry best towing number of 30,000 pounds. Right now, GM is on the fast track to the Truck of the Year away with two trucks but with the Chevrolet Silverado and the GMC Sierra being so similar – it will be interesting to see if both of these trucks make it onto the final round of three. GM is really the only American company with a shot at the truck and utility title since the Ford Transit Connect has been removed with the Ram Heavy Duty lineup and while the Jeep Cherokee is on the short list, I have a hard time believing that the jury will pick a vehicle plagued by delivery delays as the best SUV in America.

The next step in the North American Car and Truck of the Year process is for the jury to pick the three finalists from each list and from each of those trios, the group will pick their favorite car and truck or utility for 2014. If I was a betting man, I would guess that the cars picked will be the Mazda3, the Lexus IS and the Cadillac CTS while the trucks and utility vehicles picked will be the Range Rover, the Sante Fe and one of the GM pickups. Mind you, Im not on the jury so that is merely speculation – not any sort of inside line.