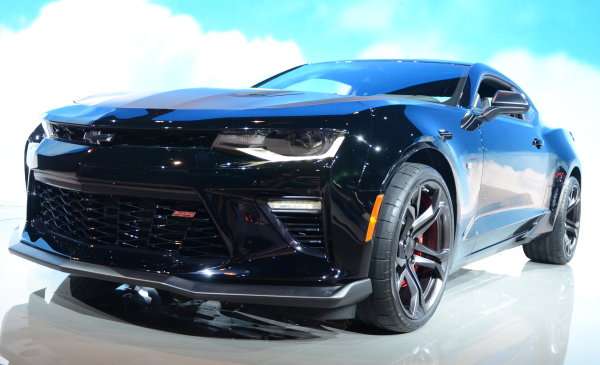 No Camaro or Corvette News from Detroit - Where are the Z/28 and ZR1?

The 2017 North American International Auto Show in Detroit will come to a close this weekend without any big debuts for the Chevrolet Camaro or Corvette, so if the Camaro Z28 or Corvette ZR1 is going to debut for the 2018 model year – we need to look forward to the New York and Chicago auto shows.
Advertisement

Although General Motors hadn’t offered any hints to suggest that the Chevrolet Camaro Z28 or Chevrolet Corvette ZR1 would debut at the 2017 North American International Auto Show in Detroit, a great many Chevrolet performance fans had hoped that the next GM supercar would arrive under the lights in Cobo Hall. I had hoped that we would see something on the future of the Camaro or Corvette – even if only a concept – but it didn’t happen.

We have received several emails and comments asking if there was anything newsworthy from the Camaro or Corvette in Detroit and there was not, as GM instead focused on the debut of the new Chevrolet Traverse.

So what does this mean for the Camaro Z/28 and the Corvette ZR1 (or whatever the super-Vette caught on film with the huge aero package is called)? My guess is a Windy City debut.

The Next Camaro and Corvette
Right now, General Motors hasn’t officially stated that there are higher performance variants of the Chevrolet Corvette or Chevrolet Camaro on the way. However, there have been countless images and videos of a Corvette which is clearly more extreme than the current Z06 along with videos of a Camaro crashing on the Nürburgring which is undoubtedly more extreme than the new ZL1.

With many 2018 models expected to hit the US market by the fall of 2017, a Detroit debut of either of these high performance Chevys would have made sense for the 2018 model year, leaving plenty of time to prepare for a full launch. Now, we have to believe that if one of these models will debut for 2018, it will be introduced in Chicago or New York.

Chevy Likes Chicago
If you have been to the Chicago Auto Show in past years, you couldn’t have missed the large Chevrolet brand area packed with new models or the Chicago area Chevrolet dealers display, which is usually packed with customized Camaros and Corvettes. Chevy introduced the new Camaro 1LE in Chicago last year (pictured above) and a few years back, the 5th gen Camaro Z/28 was introduced in the Windy City.

Based on that, I believe that GM could use the Chicago show to introduce the new Camaro Z/28, or if the automaker plans to roll out their new super-Vette first – Chicago could also play host to that debut instead.

New York Offers More Premium Appeal
Although Chevrolet has shown a preference for Chicago in past years, the company could rely on the glitz and glamor of the New York International Auto Show to introduce the long-rumored C7 Corvette ZR1 (if it is called the ZR1). The “problem” with a Big Apple debut is that we know that Dodge will introduce their new muscle car leading up to the New York show – so the super-Vette may have to fight for headline time with the next Dodge Challenger. Of course, GM could also use the Corvette ZR1 to steal some of Dodge’s thunder, making the New York debut seem a bit more likely.

The Chicago Auto Show is in mid-February, so we could know more by then, but if either the Camaro Z/28 or Corvette ZR1 are coming for 2018 – they almost have to debut in New York or Chicago.