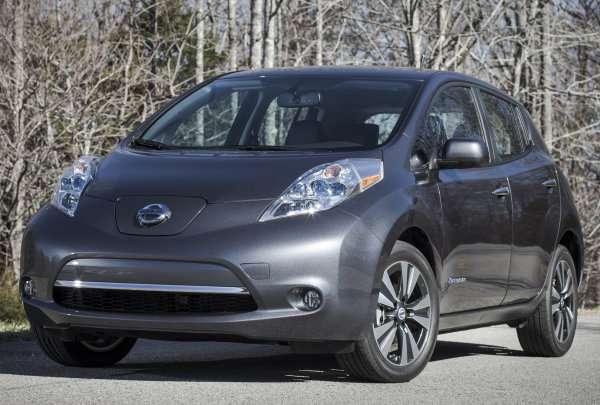 The battle to be the best selling electric vehicle in the US has continued to heat up as the Nissan Leaf outsold the Chevrolet Volt in July 2013 – allowing the all electric Nissan to climb back into the top spot in annual EV sales race.
Advertisement

The Nissan Leaf was the top dog in July 2013 electric vehicle sales with 1,864 units sold last month compared to the 1,788 copies of the Chevrolet Volt sold during the same time period.  For the Leaf, that number represents an increase of 372% over the same month last year while the Volt dropped by just over 3% in July.

July marks the 4th time in the first 7 months of 2013 where the Leaf claimed the monthly EV sales title thanks to a combination of a huge jump in sales by the Leaf and a slower rate of growth by the Volt than has been posted in past years.  Through the first 7 months of 2013, the Nissan Leaf has improved by over 230% in moving 11,703 units compared to the same period last year while the Volt has “only” improved by a shade over 9% with 11,643 units sold.  That gives the Leaf a lead in the annual sales race of just 60 units but even a small lead is a lead as Nissan hopes to claim the 2013 sales title after losing 2012 to the Chevy Volt.

It will be interesting to see how the EV sales battle goes over the next few months as August, September and October has historically been the strongest months for the Chevrolet Volt including month after month records posted during those three months last year.  The Volt’s best month ever came in October 2012 when 2,961 new Chevy EVs were delivered.  Should the Volt near those figures in the second half of 2013, the Leaf will have a hard time making a real run for the EV sales title as the best month ever for the electric Nissan was March 2013 when 2,236 Leafs were sold.  Nissan needs the Volt to stumble during these historically strong months while also posting near record months to guarantee the big segment sales win for 2013.

Again, I acknowledge the fact that Tesla claims to be building more than 400 examples of their all electric Model S sedan each week and provided that they are selling them as fast as they can buy them – that is more than 1,600 Model S electric sport sedans sold each month.  However, until the company is willing to reveal actual sales figures and not just vague production figures combined with the comment that they are being sold as quickly as they are being built, the Tesla super sedan won’t be claiming any EV sales titles in my book.

Of course, there are a variety of other electric vehicles sold in America including the Ford Focus EV, the Fiat 500 EV, the Honda Fit EV, the Scion iQ EV and the Mitsubishi i-MiEV but all of those models are either rolled into the sales numbers of the non-EV models or the numbers are low enough that they don’t pose any real threat to the Leaf or the Volt.