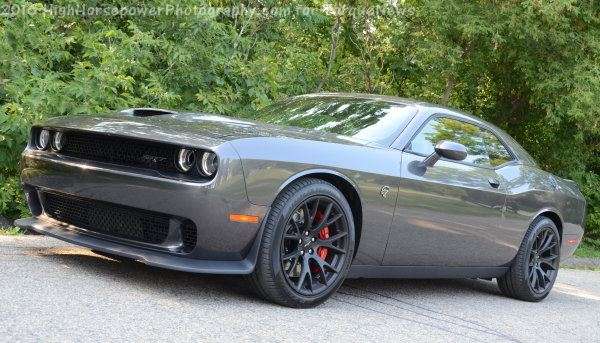 Next Gen Dodge Challenger Could Be Sold in Australia

Mopar lovers in Australia have been pleading with the Chrysler Group for a right hand drive Dodge Challenger to compete with the Ford Mustang and the rumored arrival of the Chevrolet Camaro, and based on new reports, the future is looking brighter than ever for a proper Mopar muscle car to be sold Down Under – just not during this generation.
Advertisement

While Australians love fast cars with American roots, the Dodge Challenger and Dodge Charger are not sold Down Under. The Chrysler 300 SRT Core recently become available to battle the likes of the Holden Commodore (what Americans know as the Chevy SS) and the Ford Falcon (which has no US equivalent). The Ford Mustang has recently gone on sale in Australia and it is sold out for more than a year. The Chevrolet Camaro is not offered in an appropriate right hand drive configuration, but with the Commodore slated to be killed off, there are rumors that a right-drive Camaro – possibly badged as a Holden – will soon be available as well.

In theory, this means that both Ford and GM muscle car fans in Australia will be satisfied in the next few years, leaving only Mopar lovers without their preferred American muscle car. However, based on new reports, the Australian market could get the next generation Challenger, complete with the right hand drive layout.

The Challenger in Australia
FCA Director of Product Strategy Zac Loo recently spoke with a group of Australian media and a key topic was the popularity of the Ford Mustang. Loo was asked if there is a possibility of seeing a Challenger in the local Dodge lineup in the future and while he wasn’t able to offer any concrete news on the Aussie arrival of the Mopar muscle car – this news is as good as we have heard for those folks looking to buy a Challenger Down Under.

It seems that the key for Chrysler to build a Dodge Challenger for right hand drive markets like Australia depends on the company’s outlook of the global market. In short, Chrysler doesn’t want to go to the trouble of engineering a right hand drive Challenger just for Australia, but rather for all RHD markets, including the United Kingdom and Japan. Should Chrysler see enough demand for a RHD Challenger, the company is far more likely to roll out a muscle car that better fits those markets. The Australian market has already proven that it can support the sales of American muscle cars, now it is up to those other markets to show just as much interest in the new right hand drive Ford Mustang.

Should sales numbers for the Mustang remain strong in these markets, it is hard to imagine that Chrysler would just let Ford run away with the segment – especially when there are Mopar fans willing to buy the Hemi-powered Challenger.

The bad news is that Chrysler most certainly will not develop a right hand drive Dodge Challenger during the current generation, as it is expected to be replaced by a new version within the next two years. However, when that next generation Challenger arrives to meet strong overseas sales, there is a very good chance that Ma Mopar will begin sending America’s most powerful muscle car to Australia and the other right hand drive markets.