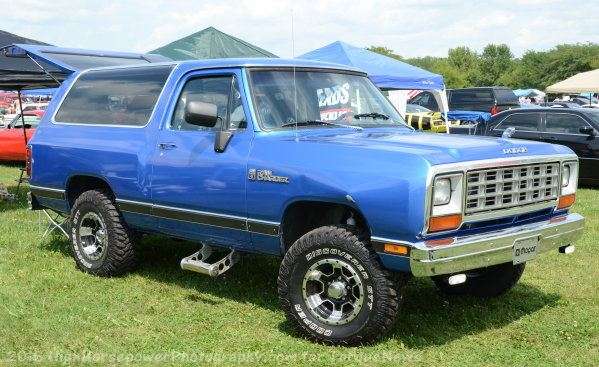 The New Ramcharger is Just Another Stupid April Fool's Joke

Over the past few weeks, word has spread around the internet that the Chrysler Group’s Ram Truck brand was working on a new large truck-based sport utility vehicle that will be named the Ramcharger, but Im sorry to inform everyone who didn’t realize this at first that the Ramcharger is yet another stupid April Fool’s joke pulled by a publication looking to score traffic with fake news.
Advertisement

Last April 1st, a truck magazine (which will remain nameless in an effort not to promote questionable reporting) posted a very well done photoshop showing the 2015 Ford F150 as a new full size Ford Bronco. This fake vehicle quickly spread across the internet and although the magazine was very clear in stating that it was an April Fool’s joke, a great many people still believe that they will soon be able to order a new Ford Bronco that rides on the F150 platform. Making matters worse, some low end automotive sites have continued to make up news about the Bronco, going so far as to make up new fake information.

Well, displaying no shame at the idea of openly spreading bad information around the internet, that same publication was at it again this year, showing off the “new Ramcharger” that allegedly debuted last week at the Jeep Easter Safari in Moab, Utah. This year, the artwork was much worse, showing a Ram 2500 that had been shortened a great deal and badged as a Ramcharger. Unlike the fake Bronco, the fake Ramcharger had awkward proportions in most of the pictures so to most people, it was obviously fake. The site even went so far as to state that they have made up the whole thing, but there are still people writing me, asking how they can order a next generation Ramcharger.

The Shift Away from Body on Frame SUVs
One of the best vehicles that I’ve owned was a 1984 Dodge Ramcharger. It had a 360 cubic inch V8 that had to be driven carefully to get 10mpg, but it had more passenger space and cargo space than almost any large, 2-door SUV sold in America. Unfortunately, the industry’s shift away from body-on-frame sport utility vehicles killed off the likes of the Dodge Ramcharger and the Ford Bronco, leaving only the large GM SUVs to carry on the tried and true truck-like SUV design. Both Ford and Chrysler have gone to a unibody layout on models like the Jeep Grand Cherokee, the Dodge Durango and the Ford Explorer, and the likelihood of seeing either of the companies go back to the heavier body-on-frame design is non-existent.

So, while the idea of a large Ram SUV with the capabilities of the Ram 2500 Power Wagon is pretty cool, there is nothing official about those April 1st reports and anyone who is holding their breath for a new Ramcharger is guaranteed to suffocate before the real thing arrives.