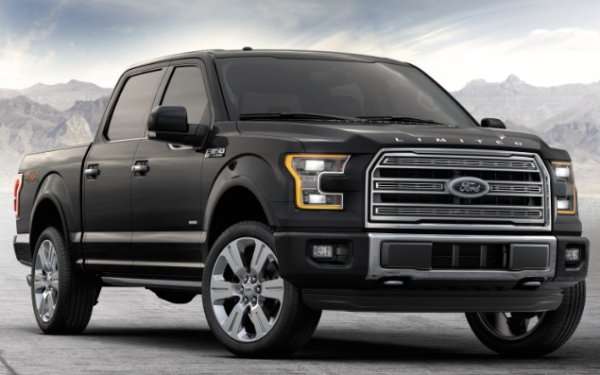 Ford has issued a recall of select 2016 F150 pickups with the massaging seats over a concern that the airbag system may incorrectly recognize whether the person in the front passenger seat is an adult or a child – which could lead to injury by the airbag in the event of an accident.
Advertisement

The 2016 Ford F150 features an advanced airbag system which works in conjunction with weight sensors in the front passenger seat via the occupant classification system. This sensor is designed to tell the airbag system whether the front passenger is a child or an adult, and in the event of a child being seated up front when an accident occurs, the airbag opens with less force than when there is a larger, heavier adult seated there. The new F150 also features a massaging front seat option on premium trimlines, but it seems that the massaging seat feature isn’t cooperating with the vehicle safety systems.

The Problem
Ford Motor Company has recalled 3,683 examples of the 2016 F150 over a concern that the occupant classification system portion of the safety restraint system may not work correctly in vehicles with the massaging seat function. According to the automaker, if there is an adult seated in the front passenger seat with the massaging function turned on when there is an accident which would require the airbags to open, the airbag system might “think” that there is a child in that seat. If the system does incorrectly recognize that it is an adult, the airbag will open in a way that will not adequately protect a larger individual.

The good news is that there have been no reported injuries caused by this F150 recall, but with the risk of injury when the massaging seats are being used, Ford is being cautious and fixing the problem before anyone can get hurt.

The Fix
The fix for this 2016 Ford F150 recall is very simple, as the dealership will simply hook up to the vehicle’s diagnostic system and adjust the software for the occupant classification system. The work will be quick and free. Best of all, since this risk is dependent on the massaging passenger seat being used, owners can avoid the risk by not using the massaging seat function until the recall work has been performed.

Again, this recall work will be quick and easy, so if you have a high end 2016 F150 and you get this recall notice, take the time to have your recall repairs completed.