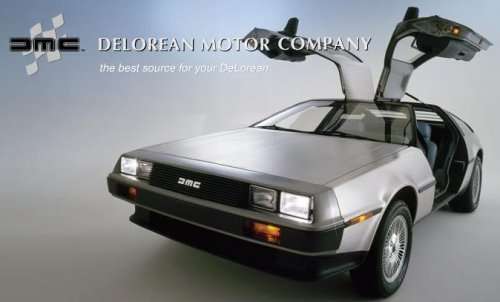 Since Texas businessman Stephen Wynne reincarnated the DeLorean name in the mid 1990s, the company has worked to service the original stainless steel gullwing sports cars from the early 80s but according to company reports, in 2013 the company will introduce the new electric DeLorean DMC-12.
Advertisement

The modern DeLorean Motor Company founded by Stephen Wynne began offering new DMC-12 models in 2008 built with major components from the original build run in the 1980s. Even though these vehicles are newly built with previously unused parts, the fact that Wynne’s company carries the original frame and VIN numbers causes them to be titled as new 1982 models. However, with the introduction of the 2013 DeLorean DMC-12 Electric it will mark the first time that the modern DeLorean brand has made any real changes from John DeLorean’s original vision – with technology like improved stereo systems notwithstanding.

The DeLorean DMC-12 was a truly unique design and if not for the weak Renault engine and some quality control issues, John’s dream gullwing-equipped supercar would have stood a far better chance against the sports cars of its day. Even though the rep for performance was not there with the DMC-12, it is still recognized as being a truly visionary approach to automotive design so it makes perfect sense that we would see a modern DeLorean with an innovative electric drivetrain.

DeLorean has teamed up with Epic EV to design a drivetrain that will allow the 2013 Electric DMC-12 to pack around 260 horsepower with a top speed of roughly 125 miles per hour. That makes it more powerful and faster than the original gasoline powered models. Based on the images offered by the company (available in the gallery on the right), it looks as though the bulk of the electric drivetrain will be found in the rear end just like the gasoline engine; likely allowing the company to maintain the majority of the DMC-12’s design cues and suspension design. Also, the images show a spruced up interior that reflects the modern drivetrain tucked under the sports cars rear engine cover.

While the DeLorean DMC-12 sports cars sold in 1981 and 1982 were a fairly colossal failure aided by the legal troubles of company founder and automotive visionary John DeLorean, the coolness factor of these unique vehicles have gathered them quite the cult following. This popularity is very heavily assisted by the blockbuster Back to the Future movie series which features a super-modified DeLorean DMC-12 that was worked to facilitate time travel but in the real world, the DMC-12 was a problematic, grossly underpowered sports car. That being said, they are still among the coolest cars ever sold and what they lacked in actual performance they certainly gained in styling and because of that, they have become very collectable vehicles.

The popularity of these vehicles spurred Stephen Wynne to acquire the rights to the name in 1995 along with a great many of the assets of the original DeLorean Motor Company which included a tremendous number of “leftover” parts. These items include almost everything needed to build the cars from the ground up and what wasn’t there; Wynne’s DeLorean Motor Company has had the items specially built to allow the company to build “new” vehicles with original parts. Of course, the fit and finish is slightly better and the new company offers some modern amenities like a GPS Navigation system. There is also a much healthier engine option that provides more punch than the original Renault engine from the early 1980s.

Check out the DeLorean website by clicking here for more information on the modern DMC-12 and stay tuned to TorqueNews.com for all of your breaking automotive news!