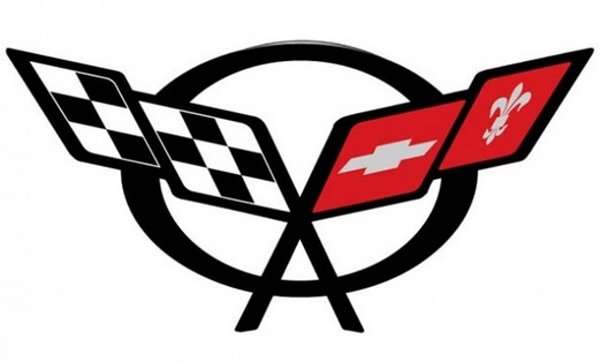 A New Corvette Could Pack the New LT5

Yesterday we talked about the arrival of a new LT5 engine for the Chevrolet Corvette in the GM dealer service system and today, I bring you a look at how I am guessing GM could use this new engine – most likely in a new trimline or even the long-rumored mid-engine Corvette.
Advertisement

Based on information which has seemingly been removed from the General Motors dealer service computer system, there is a new LT5 engine coming soon and it will seemingly motivate some variety of the Chevrolet Corvette. It was originally expected that the LT5 would power the next generation Corvette ZR1, but with the simple details of the next LT5 making this mill a bit too mild for the ZR1 – it seems unlikely that this LT5 will be tucked under the hood of the mysterious, masked supercars caught testing around the US.

The Details
All that we really know from the GM dealer service listing is that the new LT5 will be naturally aspirated, it will be all-aluminum, it will feature direct injection, it will measure 6.2 liters and – most importantly – it will be a dual overhead camshaft engine. The last DOHC V8 used by GM was the previous LT5 in the C4 Corvette ZR1, but it is expected that the C8 ZR1 will offer more than 700 horsepower and 700hp from a naturally aspirated 6.2L V8 seems unlikely. Realistically, this engine is more likely to offer power in the range of 500-600 horsepower, and with less power than the LT4 in the Z06, there is a good chance that this will not be the ZR1 engine.

So, if the new LT5 isnt being used for the long-rumored Corvette ZR1, but it is earmarked for use in a Corvette in the computer system information, we are left guessing how this LT5 will fit into the Corvette lineup.

There are the three key options, provided that the information from the GM dealer service website was accurate:
-The LT5 could become the new base model engine for the Corvette Stingray
-The LT5 could be the engine of the rumored mid-engine Corvette
-The LT5 could power a new Corvette trimline which sits between the Grand Sport and the Z06

The New Corvette Stingray Engine
The simplest option for the LT5 is for it to become the standard engine in the “base model” Chevrolet Corvette Stingray and the Corvette Grand Sport. Both of these models are currently powered by the newest LT1, with 460 horsepower and 465lb-ft of torque, so if they were to get an upgrade for the 2018 or 2019 model year, a new LT5 with somewhere in the area of 500 horsepower would make perfect sense.

What doesn’t fit with me is the fact that this LT5 is expected to be a dual overhead camshaft engine, and I find it hard to believe that after so much success with pushrod engines and a single camshaft, GM will change their bestselling Corvette to a DOHC design. Considering that this is a company which has done well making big power with pushrod engines, I just don’t believe that they are going to transition the “base model” to a new, more high tech engine.

The Mid-Engine Corvette Engine
Next up, we have the possibility that the new LT5 could be the powerplant tucked behind the seats of the long-rumored mid-engine Chevrolet Corvette. While there has been nothing from GM to confirm that there is a mid-engine Corvette on the way, spy shots and inside information both insist that a Corvette with a midship V8 is on the way.

This mid-engine Corvette would be designed to deal with the likes of the new Ford GT, which is expected to have “at least 600 horsepower” from its 3.5L EcoBoost V6. If GM could squeeze 550-600 horsepower out of this new DOHC LT5, it could be a lighter alternative to the LT4 while still packing the power needed from a midship supercar.

The problem with this idea, of course, is that 600 horsepower from a naturally aspirated, emission-legal road car could be a tough task – DOHC or not.

A New Mid-Level Corvette Engine
Finally, the option that makes the most sense to me is that the LT5 will be used in a new mid-level trimline that sits between LT1-powered models and the LT4-powered Z06. Imagine a Corvette that offers all of the track-handling capacities of the current Grand Sport, but in place of the 460hp LT1 is a new DOHC LT5 packing somewhere north of 500 horsepower.

This Corvette would still leave plenty of room between itself and the current Z06, but it would offer significantly better overall performance than the Stingray or the current Grand Sport. I suppose that GM could roll out a new Grand Sport in the next few years with the LT5, which would build on the handling and braking capabilities with a nice addition of power.

In my opinion, if the information on the new LT5 proves to be accurate, a mid-level performance package between the Grand Sport and the Z06 makes the most sense. Unfortunately, it could be quite a wait before we get any official information on which future Corvette will get the new LT5. With any luck, we will get some information next month in Detroit.