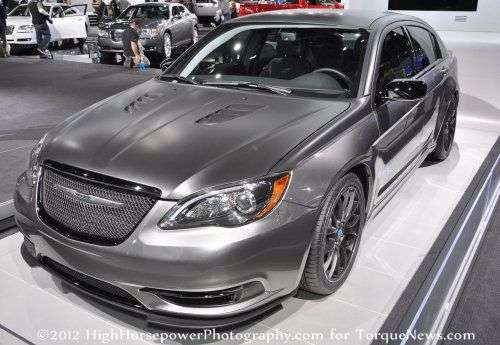 New Chrysler 200 on the way - without the Dodge Avenger

According to Automobile Magazine, there is a new Chrysler 200 on the way that will compete more closely with the Audi A4 and while there should be a sedan, convertible and new coupe version of the 200 – the Dodge Avenger will not move onto the next generation of Chrysler mid-sized sedans.
Advertisement

As for the Dodge Avenger, there have long been rumors that the sporty mid-sized Dodge sedan would be killed off as part of the movement to eliminate redundancies among the Chrysler brands. While the Chrysler 200 and Dodge Avenger are vastly different in exterior design in the front and rear, the two cars are still essentially the same vehicle in sedan form and only the Chrysler 200 offers a 2-door convertible. On the year, Chrysler has sold almost 15,000 more examples of the 200 than Dodge has sold Avengers through the first five months of 2012 so when it comes down to sales figures when deciding which vehicle will live on into a new generation – the stronger selling popular 200 is the simple choice.

The decision to kill off the Dodge Avenger in the next few years will also open up more sales for the Dodge Dart, which is set to arrive in dealerships this month. The Avenger has never really been the success that Dodge had hoped for but with so much positive media around the new Dart ahead of its public debut – those buyers who wanted an Avenger will likely be enticed to buy the more cost effective and more efficient Dart. The Avenger has come a long way in the past few years but having spent quite a bit of time in the various 2013 Dodge Dart trimlines – it will be hard for consumers to choose the Avenger over the Dart after driving both. The key advantage that the Avenger has over the Dart is the 283 horsepower Pentastar V6 but those who insist on the bigger power will be able to pick the new Chrysler 200 once the Avenger has headed into the automotive history books.

There isn’t an official timetable for when the next generation of the Chrysler 200 will bring about the new sedan, coupe and convertible but Automobile Magazine indicates that it could arrive as soon as sometime during the 2013 calendar year – presumably as a 2014 model year vehicle. In addition to the new coupe body style, the next generation Chrysler 200 will add all wheel drive to the standard front wheel drive setup while the motive power is provided by a lineup of 4- and 6-cylinder engines. We can guess that those engines will include options from the Tigershark 4-cylinder family along with the Pentastar V6 family. There probably will not be a manual transmission but the Chrysler 200 will likely pack dual clutch technology with the help of the Fiat group.

One thing is for sure for the Chrysler Group under Sergio Marchionne – the company will not let the models grow “stale” in showrooms, especially among shared platforms as more and more dealerships house all of the brands under one roof. With any luck, as the Chrysler Group removes the sporty Dodge Avenger from the lineup, there will be room for sportier versions of the Chrysler 200, similar to the Mopar 200 Super S shown above on the right.