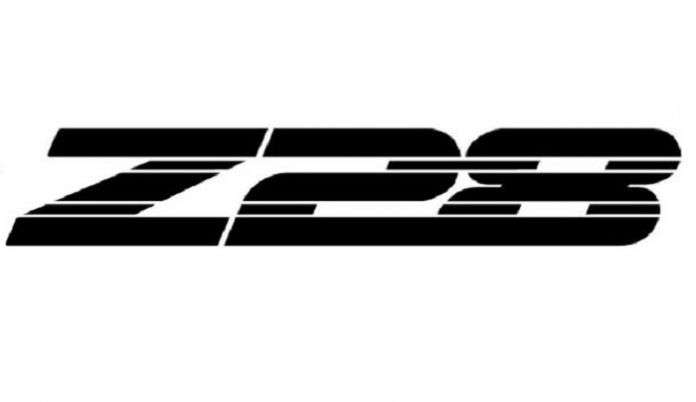 A New Camaro Z28 with LT5 Power Sounds Better Than Ever

The arrival of the new Chevrolet Camaro ZL1 1LE all-but-erased our hopes of seeing a new Z28, but the arrival of the new LT5 V8 in the Corvette ZR1 brings new life to the rumor of an even more-powerful Chevy muscle car – one which would overpower the Dodge Hellcat cars.
Advertisement

Two years ago, it was widely expected that the 6th generation of the Chevrolet Camaro would include a ZL1 and a Z28, with the Z28 being the higher performance model of the two. When the ZL1 debut was followed by spy shots of ZL1 test cars with more extreme aero bits, many people expected that to be the new Camaro Z28. Instead, that big aero Camaro is the ZL1 1LE and it is, in every way, the best-performing Camaro of all time.

With the 6g Camaro ZL1 1LE being a beast on the road course and the drag strip, its debut hushed the rumors of the new Z28, but that all changes with the introduction of the C7 Corvette ZR1. With the arrival of the new LT5 V8, there is new hope of a Camaro with greater performance capabilities than the ZL1 1LE – one which could pack 750+ horsepower.

The Camaro ZL1 1LE is a beast on the road course, but in a drag race with the likes of the Dodge Challenger or Charger with the Hellcat Hemi – the Chevy struggles. However, if the company swapped the LT5 in place of the LT4 and renamed the resulting vehicle the Camaro Z28, GM fans would have a real Hellcat killer on their hands. Of course, with some simple chassis tuning, the Z28 would be able to offer comparable handling to the ZL1 1LE while being considerably quicker and faster with all of that extra power.

Will Chevy Do It?
Right now, there is no official indication from General Motors that there will be a Chevrolet Camaro Z28 with or without the new LT5, but think about the fact that the Corvette and Camaro have shared pretty much every modern engine. The LS1, LS2, LS3 and LS7 were all offered in both of Chevrolet’s high performance cars and while the old ZR1’s LS9 wasn’t offered in the Camaro – the closely-related LSA from the Cadillac V-Series was offered rather than the LS9. During the modern era of Chevy performance, the Corvette and Camaro already share the LT1 and the LT4, so it seems unlikely that the ZR1’s LT5 will be a Corvette-only offering.

Should Chevrolet introduce an LT5-powered Camaro, the company will almost certainly give the Corvette ZR1 a year or two to lead the lineup on its own. However, I believe that seeing an LT5-powered Camaro is only a matter time, so Chevy fans could soon have a car which should comfortably outrun the Dodge Hellcat cars.

Vbondjr wrote on December 18, 2017 - 1:14pm Permalink
If this is what the z28 will be aimed at, the car will need better street manners than the last z28. This should be the top of the line Car like ford’s gt500. A car that can do well on a road course but still be an everyday car like the zl1 but more subdued. Obviously the car should have better aerodynamics than a 1le but still stay with more of the ss look and less zl1 look
vbondjr wrote on December 24, 2017 - 2:04am Permalink
Honestly, I'd much rather see GM build a DOHC 5.0L N/A v8 with dual injection for the Z/28 and have it pushing around 530hp. Here is why i say that, The Z/28 was never a big block car until the Gen-5 Camaro came about. A 302ci V8 would pay more homage to the Z/29 than a 6.2L would. the car should be light weight, high revving and have amazing handling and braking characteristic but still be good enough for the street on a daily basis. a Modern version of the Z/28 should have stripes, a tall duckbill spoiler, a free flowing grille, manual transmission, Recaro seats, DSSV suspension, Big Brembo brakes and a few other race bits with ultra sticky tires. There should also be a Z/28 RS version that is a bit more plush than the regular Z/28 with the option of the 10-speed auto, premium stereo, alcantara steering wheel, shift knob, boot, armrest, headliner, console arm cover, ambient lighting, a more street friendly Ultra high performance all season Michelin tire, 6-piston front brembo brakes with 4-piston rear brembo brakes, navigation, track lap timer, Recaro seats from the ATS-V with alcantara centers and leather outer areas, electronic differential and a few other things. Once you have that car, bump the ZL1 up to the new LT5 with the 10-speed auto option and you will have monsters in your garages!
Jk wrote on January 8, 2018 - 7:15pm Permalink
The 6.2L and the LS7 are small blocks. The Z28 has always been a small block car.