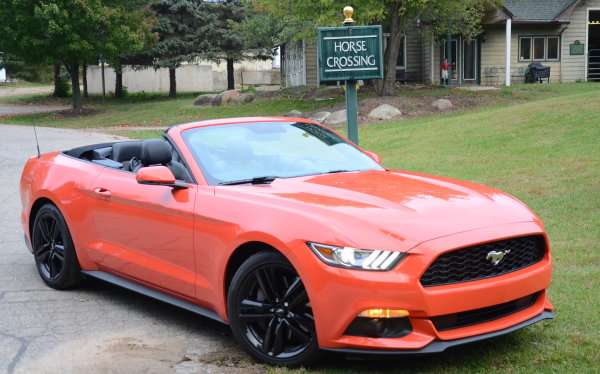 The Ford Mustang posted its best February in years and the best February I have seen of any muscle car in my 5 years of covering the segment sales race. As a result of another strong month, the Mustang led the segment in sales for the 16th straight month, very comfortably beating both the Chevrolet Camaro and the Dodge Challenger.

The Dodge Challenger was third in overall sales, but in moving 5,585 units last month, the brawny Mopar muscle car improved by 6% over last February. In fact, last month marked the best sales month for the Challenger ever, following the best January ever.
Of course, the biggest surprise is that the Chevrolet Camaro still hasn’t experienced the huge new generation sales boom that I have been expecting since before the new models reached showrooms last November. In February 2016, GM sold just 6,151 examples of the Camaro. That is an improvement of 600 units compared to January, but that number leads to a year over year decline of 3.5%. In the same month where the Mustang and Challenger posted modern monthly records, Camaro sales were worse than they were one year earlier – even though both the “old” 2015 models and the brand new 2016 models are available around the country.

Really, the numbers don’t seem all that unusual if this was a normal year, but it is not. We are in the fourth month of availability for the 6th generation Camaro and with this new generation, it was widely expected that GM would see a massive sales boom. Ford enjoyed a sales boom that started in the first month that the 2015 models were available and, really, the company is still riding that wave. I fully expected to see the Mustang’s domination come to an end when the new Camaro hit dealerships with full force, but four months into deliveries and the Camaro sales figures have remained inexplicably low.

To get an idea of how well the Mustang has been selling since it was introduced in November of 2014, here are some quick numbers from the last two years. In the month before the 2015 models went on sale (Oct 2014), Ford sold only 4,565 Mustangs. In the next month, that number jumped to 8,728 – almost double. Since that first month of availability, the worst sales month for the Mustang was November 2015, when only 7,286 units were sold. In that same period of time, Chevrolet has only sold more than 7,200 Camaros three times and in those three months (May, June, July 2015), the Mustang also posted its best sales numbers of the year.

This steady stream of incredible sales months for the Mustang comes thanks to the introduction of the new model for 2015, and I fully expected that the arrival of the 2016 Camaro would have the same effect on GM’s sales sheet, but so far, I have been wrong.

Still, I believe that come spring, we will see a boom in Camaro sales as Chevy faithful come out of their winter routine to buy a new muscle car.