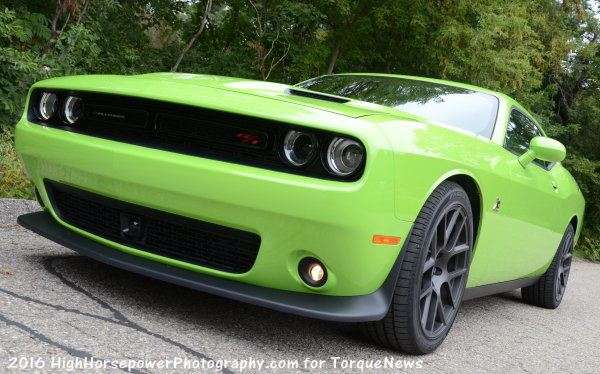 Monster Mustang Sales Prove Need for Dodge Challenger Down Under

The Dodge Challenger is not offered in the Australian market but based on the massive popularity of the new Ford Mustang coupled with the large local Mopar enthusiast crowd – there certainly seems to be a strong business case for Dodge shipping the industry’s most powerful muscle car Down Under.
Advertisement

As an active member of the Mopar enthusiast world, I have made a handful of online friends who live in Australia who love Dodge muscle cars as much as any American gearhead. While those folks are passionate about their older Mopars, they are unable to buy the Dodge Challenger without going through the costly grey-market process since the Chrysler Group doesn’t offer the Challenger in the right-hand drive Aussie market.

Chrysler does offer the Chrysler 300 SRT in right-drive form in Australia so Mopar fans Down Under can battle the likes of the high performance Ford Falcon and Holden Commodore sedans, but Aussie Mopar fans are unable to buy a 2-door muscle car. This didn’t seem like much of an issue in past years, since the Ford Mustang and Chevrolet Camaro were not available either, but with the Mustang hitting Australian shores and immediately being sold out for more than a year – it is pretty clear that Australians want 2-door American muscle cars.

Why No Challenger Down Under?
The challenge in introducing any car in the Australian market is that to Americans, they drive on the wrong side of the road. This means that Aussie drivers would prefer to have the steering wheel on the right side of the car and when Ford introduced the newest generation Mustang with right-hand drive, it was a major victory for American performance car fans Down Under.

As is the case in many markets (including the US), you could buy a Mustang, pay the import expenses and have it converted to right-hand drive, but that makes an affordable performance car a very expensive option. Ford solved this problem with the S550 platform (2015+) Mustang with a factory right-hand drive layout and the Australian market responded by quickly buying up every Mustang they could. In fact, when the first batch of right-drive Mustangs showed up in Australia late last year, Ford had already presold more than a year’s worth of inventory.

In other words, the Ford Mustang is so popular in Australia that if you ordered one today, you might not get it until sometime in early 2017.

For Dodge to really make a run at selling the Challenger in Australia, they would need to develop a right-hand drive package that best fits that market. That comes with some R&D cost, but Chrysler does offer the 300 in right-hand drive form Down Under and the 300 is based on a similar chassis platform to the Challenger. There would certainly be some differences between the right-hand drive conversion for the Chrysler sedan and the Dodge coupe, but the company does have experience making the swap in this chassis.

The Other Big Problem for Now
While the company would have to put some R&D effort into creating the right-hand drive Dodge Challenger for the Australian market, there is clearly demand for this segment Down Under. The Camaro isn’t available, the Mustang is sold out for more than a year and there are scores of passionate Aussie Mopar fans pleading for a chance to put the Challenger in their garage, so why hasn’t Dodge looked to send the most powerful American muscle car to Australia?

Right now, I think that the biggest roadblock is the shortage of engines and transmissions for the Dodge Challenger. Dodge literally sold out of the Challenger R/T Scat Pack with the 6.4L Hemi and the SRT Hellcat with the 6.2L Hemi. Finding either of those cars with the quick-shifting 8-speed automatic transmission was nearly impossible in 2015 without ordering one and waiting a long time – or paying a huge dealer markup. Until Dodge can comfortably meet the demand for the entire Dodge Challenger lineup in North America, they likely won’t put the time and money into coming up with a right-hand drive package for overseas markets.

However, with the Mustang selling like hot cakes and Mopar fans calling for the Challenger Down Under, the Chrysler Group must at least be watching that market for future plans. Should the Mustang continue to sell strong in Australia and if Chevrolet introduces a right-hand drive Camaro (which they currently do not plan to do), launching the brawny Mopar muscle car in right-drive form seems like a no-brainer as the segment goes global.