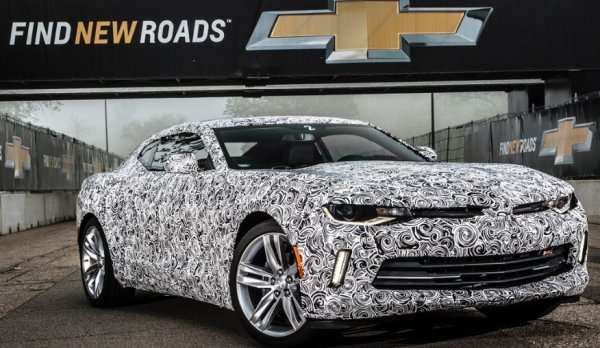 Now that we have met the 2016 Chevrolet Camaro in both coupe and convertible form, a great many readers are asking what is coming next so today, I look at what we can expect next for the 6th gen Camaro and when the next big Camaro news might drop.
Advertisement

Over the past year or so, Camaro fans have been patiently waiting for the formal introduction of the 2016 Chevrolet Camaro – which ushered in the 6th generation of the famed GM muscle car. The new Camaro was finally introduced last month in Detroit in coupe form, followed by the online debut of the drop-top Camaro a few weeks later. While all of the specs for the 2016 Camaro are known yet, such as the exact curb weight of the different configurations, we know that the new Camaro will come with three different engines and two different transmissions, while also weighed no less than 200 pounds less than the comparable outgoing model.

On paper, the 2016 Chevrolet Camaro coupe and convertible looked poised and ready to battle the new generation Ford Mustang, but with the high volume model debuts out of the way, the muscle car world is looking into the future – wondering what is next for the 6th gen Camaro.

Just to be clear, this piece is speculation, based on what we have seen GM do in the past and based on what makes the most sense in the modern auto industry. This certainly isn’t official news announcing a new Camaro Z/28, but with so many readers asking, I wanted to address what I expect for the Camaro in the next year.

2016 Camaro Deliveries Come First
I fully expect that General Motors will not announce anything new for the next generation Chevrolet Camaro until they have begun taking orders and delivering the 2016 Camaro. With a new generation vehicle, there are likely to be some bugs or basic delays with the 2016 model year rollout that will require the focus of the Camaro team. Basically, the demand for the 2016 Camaro will be so high when they go on sale and begin reaching new owners later this year that any news on a new trimline will get lost in the scramble.

We can expect GM to focus on the rollout of the 2016 Chevrolet Camaro later this year and into the beginning of 2016, but once the buying frenzy for the next gen Camaro has settled down, we can most certainly expect a new Camaro trimline – presumably for the 2017 model year and presumably targeting the new Ford Shelby GT350 Mustang.

Expect a Camaro Z/28 First
The 2016 Chevrolet Camaro has been designed in a way that will allow it to best compete with the 2015 Ford Mustang. This is why GM made the surprising move to offer a turbocharged 4-cylinder model in addition to the base V6 model and the V8-powered Camaro SS. This lineup gives the new Camaro head to head competitors for all of the 2015 Mustang models that are on sale now, but later this year, the new Shelby GT350 and GT350R Mustang will hit dealerships around the country. This 526 horsepower Mustang is slated as the most track-capable pony car ever and to claim that title, it will have to defeat the 2015 Camaro Z/28. Whether or not the GT350R can beat the 2015 Camaro Z/28 around a road course, I expect that GM will first turn their attention to a road-handling beast to battle the new Shelby Mustang – one which will most likely carry on the Z/28 name.

I expect that the next generation Camaro Z/28 will arrive late in 2016 as a 2017 model year vehicle, although it could debut in concept form as early as the LA Auto Show later this year or the 2016 Detroit Auto Show early next year. If we don’t see a new Camaro Z/28 by April 2016, I would definitely expect to see it debut at the New York Auto Show. After the Z/28 debuts, we could see a supercharged Camaro ZL1 arrive, but not until GM has something a little spicier than the current LT4 - as 650hp will make the Hellcat Challenger a tough battle.