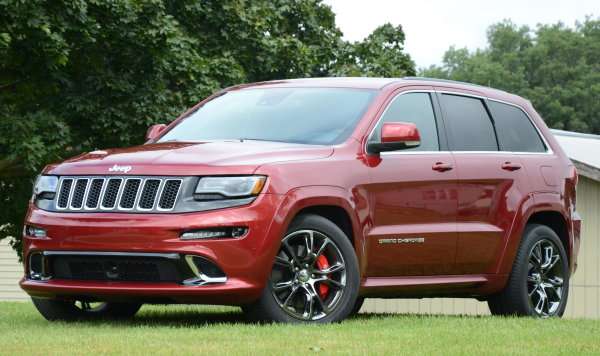 After more than a year of speculation, Jeep CEO Mike Manley has confirmed there will be a Hellcat Hemi powered Grand Cherokee SRT by the end of the 2017 calendar year and if this supercharged SUV has the same 707hp as the Challenger and Charger, it will be the most powerful vehicle of its type in the world.
Advertisement

Manley didn’t go into any detail, but that was as much confirmation as we have gotten on the long rumored Hellcat Jeep and really, that is all that we need. We know now that the supercharged 6.2L Hemi will be offered in the Grand Cherokee and it will be on sale by the end of next calendar year.

Examining the Hellcat Jeep
Since the Hellcat Hemi was introduced for the Dodge Challenger and Charger, the American high performance world has been demanding a Jeep Grand Cherokee with this monstrous motor. Last year, the likelihood of seeing a Hellcat Jeep seemed low, since the company was having a hard time building enough of the blown Hemi V8s for the two popular Dodge cars. However, as the 2016 models have reached showrooms, we have seen the demand begin to level off so it is only matter of time before the company has Hellcat engines available for allocation in other vehicles.

The lack of available engines seemed like the only reason that the Hellcat Jeep (or Trackhawk, as rumors suggest) couldn’t become a production reality right away, but if the engine constraint seems to be coming to an end, I can’t think of a single good reason why the Chrysler Group engineers wouldn’t put the most powerful American production engine of all time in one of the most popular SRT vehicles. Evidently, the company agrees.

Will it Pack 707?
The big question now is whether or not the Jeep Grand Cherokee SRT Hellcat or Trackhawk will have the same 707 horsepower and 650lb-ft of torque offered by the Challenger and Charger. The key concern is whether or not the transfer case and the other four wheel drive components will handle all of that power in a vehicle this heavy. If the company can beef up the rest of the drivetrain bits to handle the full power of the Hellcat Hemi, the SRT Jeep will be by far the most powerful sport utility vehicle in the world. Really, even if the company has to dial down the power of the Hellcat Jeep a bit, there is a good chance that it will still be the most powerful SUV in the world.

Right now, the three most powerful SUVs in the world all come from Germany, with the Mercedes Benz GLE63 S, the Porsche Cayenne Turbo S and the BMW X5M leading the way. The Benz packs 577hp, the Porsche 570hp and the BMW 567hp, so even if Chrysler needed to cool the Hellcat down by 100 horsepower, it would still overpower the best from across the pond by at least 30 horsepower while also being the only production SUV in the world with more than 600 horsepower. More importantly, the Jeep Hellcat would likely cost far less than those European competitors, with the BMW starting at $99k, the AMG starting at $108k and the Porsche starting at $158,350 so while the Trackhawk will be the most expensive Jeep ever – it could be substantially less expensive than the next most powerful SUVs in the world.

With the Hellcat Jeep promised to hit the market by the end of 2017, we still have a lengthy wait upon us, but with this news from Mike Manley, we could see more official (and more complete) information during the course of this year.