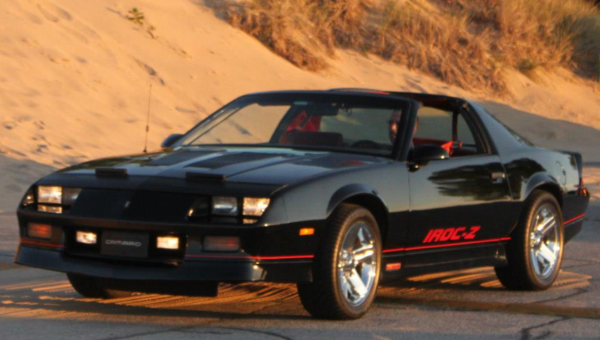 To show off some of the best-looking and highest performance Chevrolet muscle cars on the internet, I present you with our first ever Camaro of the Month, with the first winner being Steve Walker and his beautifully restored 1985 IROC Z.
Advertisement

After launching our Hellcat of the Month program a few months back, I wanted to feature some beautiful examples of privately owned Chevrolet Camaros, so I reached out to the folks who run the Camaros Unlimited Facebook page for help. After speaking with the admins, TorqueNews has teamed up with Camaros Unlimited to create the Camaro of the Month program.

The program starts with the members of Camaros Unlimited nominating their favorite Camaros from other owners on the page and once we have picked our five nominees (based on the number of nominations received by each car), we begin the voting. After a week, the voting was closed, the scores were added up and our first ever Camaro of the Month had been chosen.

I purchased my Camaro from a friend’s brother back in October 1998 for $500. The day I drove it home the exhaust fell off, leaving me to wonder what I had gotten myself into. Fortunately, I was able to drive the car a few years before the cam broke, completely destroying the engine and forcing me to put the car into storage for a short time. The car had a Bra on the front for many years so being in the Chicago area, the fenders and hood were rotted where the Bra rested against the body.

In 2000 the car was torn down, new fenders, doors, and hood were purchased along with a new stock 350 and a new 700R4. The car was taken to Westers body shop in Powderly, Kentucky for paint on all of those new parts. The interior was cleaned and dyed for the like-new appearance and to keep the interior clean and dry, the t-top seals were replaced during the restoration process.

When my Camaro was returned to me after paint, we added all new bushings, brake lines, fuel lines, rear brakes, wheel bearings, a panhard rod and a new rear differential. Once all of that was complete, we installed the new 350 V8 with polished TPI runners and a polished plenum, bolted up the new transmission and added a few finishing touches.

I have basically rebuilt the car as stock except for the engine going from a 305 to a 350. It's a blast to drive and gets looks wherever it goes.

So, congratulations to Steven Walker for his 1985 IROC Z talking the first TorqueNews Camaro of the Month award. To get in on all of the Chevy muscle car fun and to get your car involved with our new program, click here to visit Camaros Unlimited on Facebook!