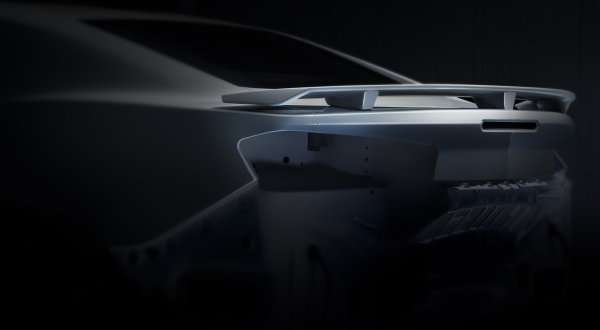 The newest pair of teaser images for the 2016 Chevrolet Camaro was introduced today, this time showing the hood lines and the new rear spoiler of the 6th gen muscle car.
Advertisement

Right now, we are about 17 days from the world debut of the 2016 Chevrolet Camaro and today, the CamaroSix website unlocked the two newest teaser images of the 6th gen F-Body. These new images showing the upper portion of the rear end from a side-view angle and the hood from an overhead angle. Other than the camouflaged shot that GM introduced before the stream of teasers began, this newest pair marks the first time that the automaker has shown off the outside of the 2016 Camaro.

“The Camaro went to the gym and came out with a lithe, more athletic physique for the sixth generation,” said Ed Welburn, vice president, GM Global Design. “It’s a more expressive evolution of the Camaro’s iconic character – and one that complements its leaner size and sharper reflexes.”

The Back End of CamaroSix
The more significant of the two new teaser shots of the 2016 Camaro is the rear end view, as it shows off the new spoiler, which differs greatly from the spoiler found on the current 2015 Camaro. The 5th gen Camaro has used a spoiler design which had a molded form to the trunk lid, where the 6th gen Camaro has a new pedestal design. The Hood of CamaroSix
The hood of the 2016 Chevrolet Camaro is also very different from the current models, with a far more chiseled design. The GM release states that the hood appears to be shrink-wrapped around the engine, and I can see it. While there is still a raised center section, similar to the current models, the high edges and valleys that separate the center bulge and the edges is vastly different from the predominantly flat design of the 2010-2015 Camaro hood.

The hood that we see here doesn’t have any sort of venting, so I wonder if this might not be the hood of the V6 2016 Camaro, as the vented hood on the current Camaro SS is something that I (and many others) would like to see carried on into the next generation.

No New Info
While today’s teasers offered us our first look at the outside of the 2016 Camaro, today’s release don’t include any juicy details on the next generation muscle car. However, these sexy hood lines, the new spoiler design and the angular taillights should be enough to keep everyone on the edge of their seats until the next pair of teaser images.

Now that we have seen 10 teaser images of the 2016 Chevrolet Camaro, there are just two left to be unlocked ahead of the May 16th debut in Detroit. The final two teasers will be released on May 11th and if I had to guess, I would expect to see at least one interior teaser in the final pairing.