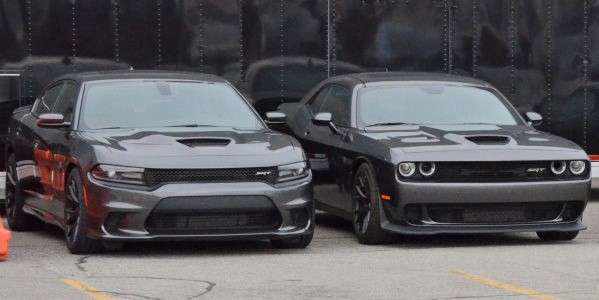 Earlier this week, we learned that those folks whose orders for a 2015 model year Dodge Challenger or Charger in SRT Hellcat form had received their vouchers, as promised by the company when the 2015MY orders were cancelled. These vouchers offer these buyers $4,000 off of a 2016 Hellcat Charger and $5,000 off of a 2016 Hellcat Challenger, as the company works to give these folks a chance to buy a 2016 model at the same price as the 2015 models. However, when you break down the numbers, the 2016 Hellcat Dodge cars will end up costing the buyers with the vouchers quite a bit less than they would have paid for a comparably equipped 2015 model.

Cancelled 2015 Order Vouchers
When Dodge boss Tim Kuniskis announced earlier this year that a fairly large group of orders for the 2015 Hellcat Challenger and Charger were being cancelled because the company just couldn’t fill them before the switch to the 2016 model year, he explained that these customers would all get a voucher to get a 2016 model for 2015 pricing. He didn’t go into detail, but that same report confirmed that the Hellcat cars would be getting more expensive for the 2016 model year.

Early this week, the first of these vouchers began showing up in mailboxes around the country and at that point, we learned that the vouchers were good for $4,000 off of a Hellcat Charger and $5,000 off of a Hellcat Challenger. We still didn’t know how much the 2016 models would cost, but since Tim Kuniskis said that these customers would get vouchers to pay the same price for a 2016 model as they would have for a 2015 model, these mailers seemed to confirm that the price increases foe 2016 wouldn’t be any higher than $4,000 for the Charger and $5,000 for the Challenger.

Well, as the official pricing for the 2016 Dodge Challenger and Charger Hellcat models hit the internet, we learned that the vouchers actually make the cars less expensive for buyers than the cars would have been in 2015.

Price Increases, Value Increases for 2016
The 2016 Dodge Charger SRT Hellcat with gas guzzler and destination has an MSRP of $65,190 and with the voucher, the price comes down to $60,190. The 2015 Hellcat Challenger MSRP with destination and gas guzzler fees started at $60,990, so for being forced to wait for a 2016 model, those folks will end up paying around $800 less than they would have for the 2015 model.

Best of all, the 2016 Hellcat Challenger and Charger price increases are not purely market adjustments, as both cars get a standard premium infotainment package with navigation and standard Laguna leather seats. Adding those two options to either of the 2015 Hellcat cars would have added $2,490 to the final price, so to get a 2015 Hellcat Challenger with Laguna leather and navigation would have cost you $63,480 while the Hellcat Charger with the premium leather and infotainment system would have cost you at least $64,695.

This means that the prospective 2015 Hellcat Challenger or Charger buyers whose orders were cancelled would have paid $63,480 for the coupe or $64,695 for the sedan if they ordered leather and premium navigation, but to get the exact same features for the 2016 model year with their voucher will only cost them $60,190 for the Challenger and $61,945 for the Charger.

A Special Thanks to Paul Immo - the man who runs Moparpalooza - for the voucher information!