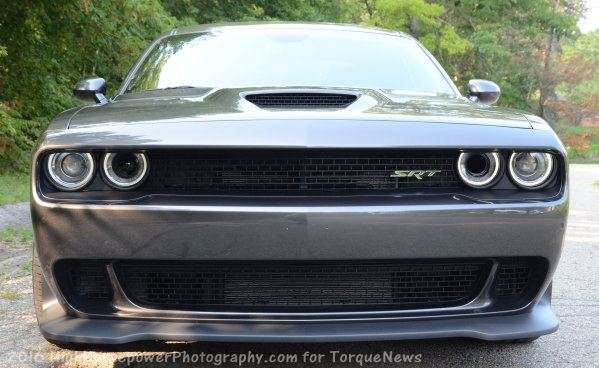 Today is July 7th and with the Dodge Challenger and Charger SRT Hellcat models providing an advertised 707 horsepower, the folks at Dodge and the masses of Mopar fans around the world have officially dubbed 7-07 National Hellcat Day.
Advertisement

In the world of high performance American cars, there are few names that built a bigger reputation in as short a time as the Hellcat Hemi. Introduced first in the 2015 Dodge Challenger, this supercharged 6.2L Hemi V8 produces an advertised 707 horsepower and 650lb-ft of torque and a short time later, the 2015 Dodge Charger SRT Hellcat was introduced with the same incredible engine. Based on the huge success of the 707 horsepower Dodge beasts and with July 7th being 7-07-2016, the Mopar community has dubbed today National Hellcat Day.

Dodge has taken a slightly different approach, calling today 707 Day, and applying the hashtag #707day to the video produced to celebrate National Hellcat Day – even if the folks at FCA aren’t actually calling it that.

Two of the World’s Best Performance Cars
The 707 horsepower and 650lb-ft of torque from the Hellcat Hemi make the Dodge Challenger and the Dodge Charger some of the quickest, the fastest and the most powerful cars in the world.

Quickest - Both Hellcat Dodge cars have proven themselves to be drag strip monsters, with private owners dipping well into the 10-second range with little more than sticky tires, making the Challenger the quickest car in the muscle car segment and one of the quickest rear wheel drive cars in the world while those abilities make the Charger the quickest 4-door sedan in the world.

That makes the Hellcat Charger the fastest 4-door sedan in the world and while the 199 top speed of the Challenger doesn’t allow it to rival the 2-door supercars, the ability to break 200 miles per hour makes it among the fastest muscle cars of all time.

Most Powerful – Last and most certainly not least, the official output of 707 horsepower and 650lb-ft of torque makes the Hellcat Challenger and the Hellcat Charger the most powerful cars in their segments by a significant margin. Also, there is no gasoline-powered, full production sedan in the world that can rival the Hellcat Charger – including the best from BMW, AMG and Audi.

So, to FCA, the Dodge brand and all of the Hellcat Challenger and Charger owners out there, I salute you on the 2016 National Hellcat Day!

Enjoy the official Dodge #707Day video below and make sure to add the hashtag to pictures of your Hellcat Dodge today!